Variables in C++ is a name given to a memory location. It is the basic unit of storage in a program.

How to Declare Variables?

A typical variable declaration is of the form:

A variable name can consist of alphabets (both upper and lower case), numbers, and the underscore ‘_’ character. However, the name must not start with a number. 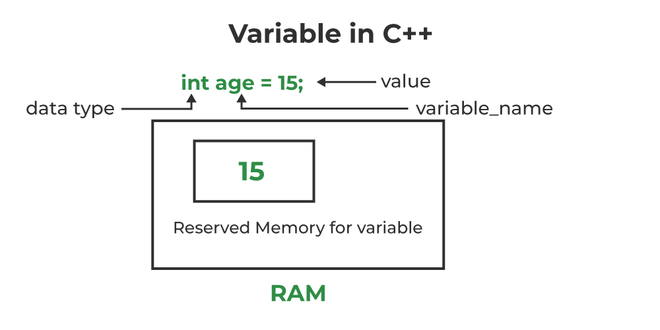 Initialization of a variable in C++

In the above diagram,

Difference Between Variable Declaration and Definition 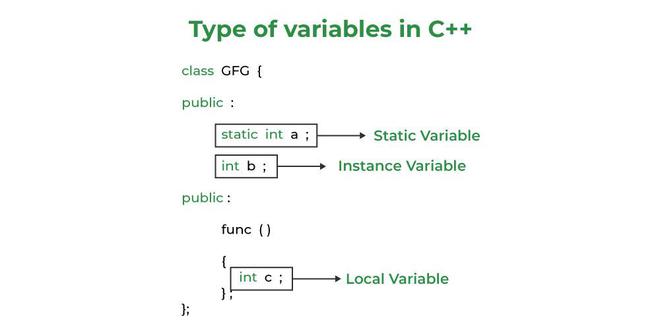 Types of Variables in C++

Let us now learn about each one of these variables in detail.

Previous
C++ Data Types
Next
C++ Loops
Related Articles
1. Templates and Static variables in C++
2. Scope of Variables in C++
3. Can Global Variables be dangerous ?
4. C++ 17 | New ways to Assign values to Variables
5. Why do we need reference variables if we have pointers
6. How to return local variables from a function in C++
7. Swap Two Variables in One Line
8. How to Get a Unique Identifier For Object in C++?
9. How to Insert a Range of Elements in a Set in C++ STL?
10. Generate a Random Number between 0 and 1
Article Contributed By :