Convert JSON to dictionary in Python

JSON stands for JavaScript Object Notation. It means that a script (executable) file which is made of text in a programming language, is used to store and transfer the data. Python supports JSON through a built-in package called json. To use this feature, we import the json package in Python script. The text in JSON is done through quoted-string which contains value in key-value mapping within { }. It is similar to the dictionary in Python.
Function Used:

Example 1: Let’s suppose the JSON file looks like this: 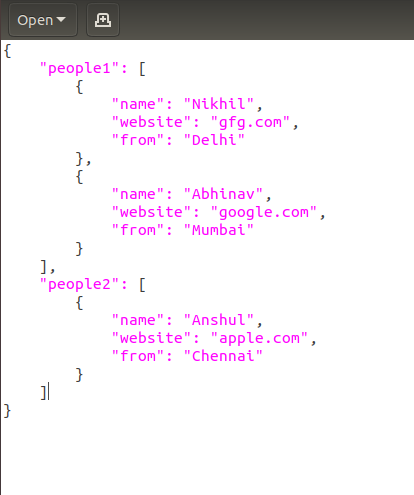 We want to convert the content of this file to Python dictionary. Below is the implementation.