What is Aggregate Demand?

Note: Aggregate Demand is not the same as Market Demand. The former is the total demand for goods and services in an economy; however, the latter is the demand for one commodity in the market. 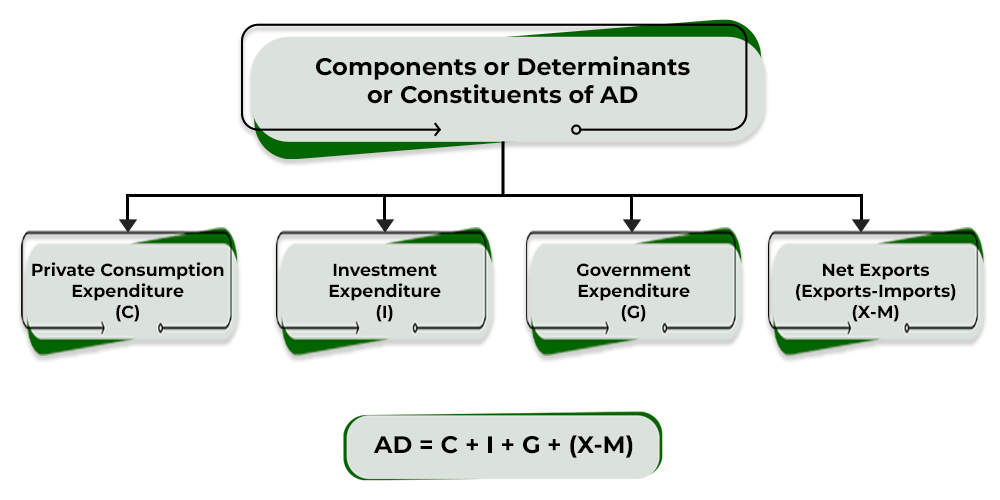 Consumption Expenditure or Private/Household Consumption Expenditure refers to the total spending of an individual or a household on the purchase of goods and services in an economy during an accounting year. Even though the spending of a consumer is affected by several factors like disposable income, per capita income, debt, consumer expectations of future economic conditions, and interest rates; disposable income plays a major role in it. It refers to the total income a household spends on savings and the purchase of goods and services. The spending of the households is majorly affected by disposable income as when the income of the consumer increases, the expenditure increases and vice-versa. The consumption expenditure; however, does not include spending on residential structures.

Investment Expenditure refers to the company’s total expenditure on acquiring new capital goods and services like machinery and equipment, changes in inventories, and investments in non-residential and residential structures. The spending depends on factors such as interest rates, future expectations of the economy, and incentives of the government, such as tax benefits or subsidies.

Aggregate Demand in a Two-Sector Model (AD = C + I)

Although Aggregate Demand has four elements or components, the two-sector model of aggregate demand focuses on only two components; i.e., Investment Expenditure and Consumption Expenditure. According to this, 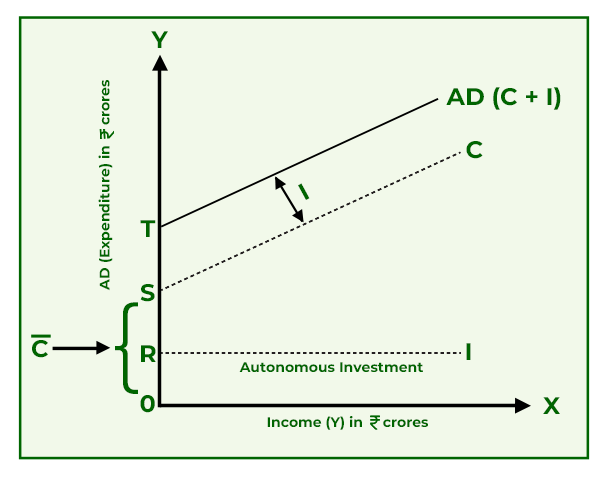