You could rewrite it as x²=-16. However, since the square of every real number is positive or zero, there is no real number with a square of -16. This is an example of a quadratic equation that, up to now, you would have classified as having ‘no real roots”.

The existence of such equations was recognized for hundreds of years, in the same way, that Greek mathematicians had accepted that x2 + 16 = 0 had no solution, the concept of a negative number had yet to be developed. The number system has expanded as mathematicians increased the range of mathematical problems they wanted to tackle.

You can solve the equation  x2+16=0 by extending the number system to include a new number, i (sometimes written as j). This has the property that i2 = -1 and it follows the usual laws of algebra, i is called an imaginary number.

The square root of any negative number can be expressed in terms of i. For example, the solution of the equation  x2 = -16 is x = ±√-16. This can be written as

Any number z of the form x + yi, where x and y are real, is called a complex number. The letter z is commonly used for complex numbers, and w is also used. In this

chapter, a complex number z is often denoted by x + yi, but other letters are sometimes used, such as a + bi.

The general methods for addition, subtraction, and multiplication of complex numbers are straightforward.

Multiply out the complex numbers using distributive property of multiplication.

The product of a complex number and its complex conjugate is equal to the square of the magnitude of the complex number which gives a real number i.e. 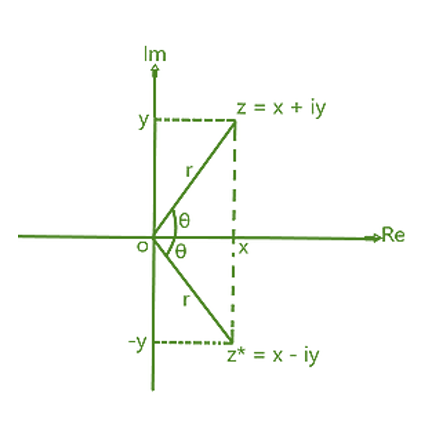 If x ≠ u or y ≠ v, or both, then z and w are not equal. You may feel that this is obvious, but it is interesting to compare this situation with the equality of rational numbers.

Example: The complex numbers z1 and z2 are given by

Given that z1 and z2 are equal, find the values of a and b.

Here, if we equate the real part of z1 and z2 then

= a – ib which is called as the Conjugate of z)

You can see from the example above that z +

are both real. This is an example of an important general

That the sum of two complex conjugates is real and that their product is also real.

You probably already know that you can write an expression like 2 / (3 – √2) as a fraction with a rational denominator by multiplying the numerator and denominator by 3 + √2.

is always real, you can use a similar method to write an expression like 2 / (3 – 5i) as a fraction with a real denominator, by multiplying the numerator

This is the basis for dividing one complex number by another.

Multiply the numerator and denominator by 3 – i

Modulus and Argument of complex numbers

The below figure shows the point representing z = x + iy on an argand diagram. 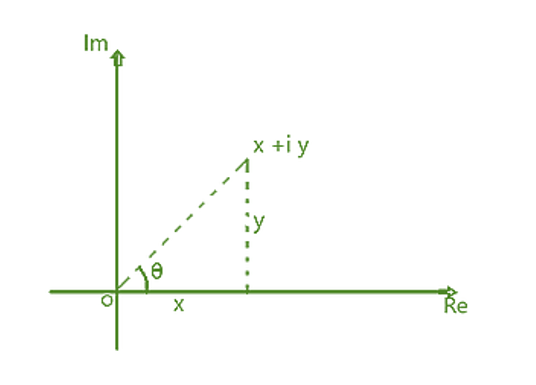 The distance of this point from the origin is √x² + y².

This distance is called the modulus of z and is denoted by |z|.

In the below figure, you can see the relationship between the components of a complex number and its modulus and argument. 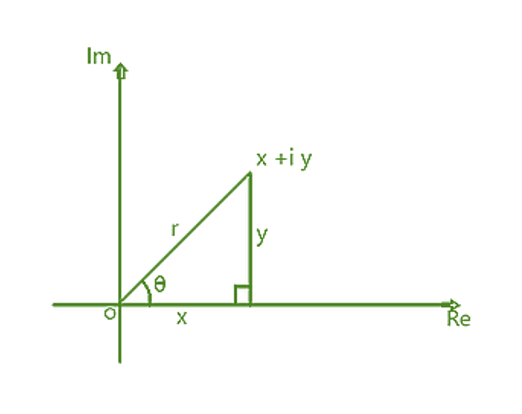 Using trigonometry, you can see that sinθ = y/r and so y = rsinθ.

Therefore, the complex number z = x + yi can be written

This is called the modulus-argument form / Polar form of the complex number and is sometimes written as (r, θ).

Multiply the numerator and denominator by 5 – 2i

Question 3: Write the following complex numbers in the modulus-argument form 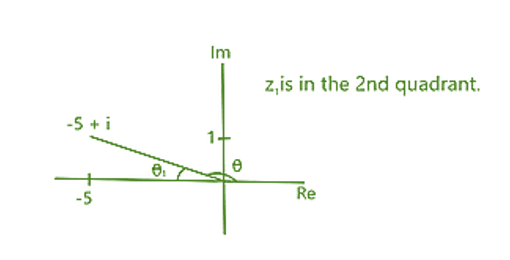 Question 5: Express the given complex number (-4) in the polar form.

Hence, the polar representation is,