Organic chemistry is the branch of chemistry that deals with the reactions, structures, and properties (physical and chemical) of organic compounds that contain carbon atoms and covalent bonds (a chemical bond that involves sharing of electrons between atoms).

Any group of organic chemical compounds made up only of the atoms carbon (C) and hydrogen (H) is called hydrocarbons. The carbon atoms bond together to form the compound’s structure, and the hydrogen atoms bond to it in multiple ways. Petroleum and natural gas are mostly made up of hydrocarbons. They’re used as fuels and lubricants, as well as raw materials for plastics, fibres, rubbers, solvents, explosives, and industrial chemicals.

Hydrocarbons are abundant in nature. They are found in trees and plants as well as fossil fuels, for example, in the form of carotenes, which are pigments found in carrots and green leaves. A hydrocarbon polymer, a chainlike molecule made up of numerous units linked together, makes up more than 98% of natural crude rubber. Individual hydrocarbons’ shapes and chemistry are mostly determined by the types of chemical bonds that connect the atoms of their constituent molecules.

Hydrocarbons can exist in a straight chain as well as in circular structures. These hydrocarbons are used in a different process to make new materials.

CxHy is the molecular formula for these substances. Hydrocarbons can be found in both plants and trees. Carotenes, for example, are an organic pigment found in green leaves and carrots. Hydrocarbons are present in nature in different forms like fossil fuels which consist of crude oil, petroleum, kerosene, liquefied petroleum gas (LPG), compressed natural gas (CNG) etc are all contain hydrocarbons. This means hydrocarbons are a great source of energy.

Classification and Types of Hydrocarbons 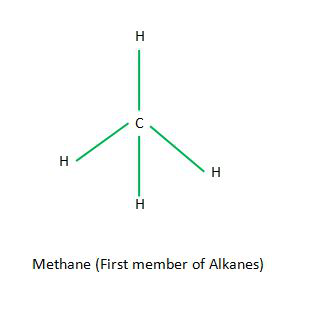 Alkanes can be prepared by a number of methods, some of them are described below:

Unsaturated hydrocarbons are alkenes or alkynes, which can be converted to alkanes by adding hydrogen gas in the presence of a catalyst (like nickel), this process of alkane formation is known as Hydrogenation.

Alkanes can also be prepared from alkyl halides by reacting them with hydrogen in the presence of zinc.

Unsaturated Hydrocarbons are of two types :

The general formula for Alkenes: CnH2n 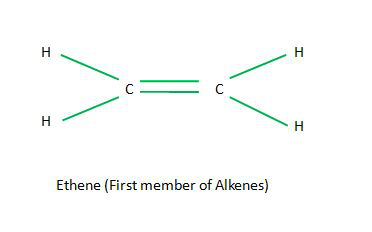 Alkenes can be prepared by a number of methods, some of them are described below:

The general formula for Alkynes: CnH2n-2 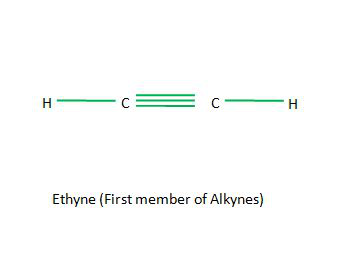 Alkynes can be prepared by a number of methods, some of them are described below: 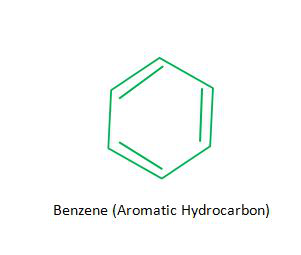 Question 1: Why Methene does not exist?

Methene does not exist as for alkenes to make there should be one carbon-carbon double bond so two carbon atoms are needed and this is the reason that methene which contains only a single carbon atom does not exist.

Question 2: What is Huckel Rule?

Question 3: What is Ozonolysis?

Ozonolysis is the process of the addition of ozone molecules to the alkene to form ozonide, this process is useful in investigating the location of the double bond in alkenes.

Question 4: What is Pyrolysis?

Decomposition of higher alkanes into lower alkanes by the effect of heat is called pyrolysis, another name of pyrolysis is cracking.

Question 5: Why Methyne does not exist?

Methyne does not exist as for alkynes to make there should be one carbon-carbon triple bond so two carbon atoms are needed and this is the reason that methyne which contain only a single carbon atom does not exist.