A cell is the underlying and essential unit of life. The investigation of cells from their essential construction to the elements of each and every cell organelle is called Cell Biology. Robert Hooke was the primary Biologist who found cells. All life forms are composed of cells. They might be comprised of a solitary cell (unicellular), or numerous cells (multicellular).

The prologue to cell started back in the year 1655 when a progressive perception was made by an English researcher Robert Hooke. This perception made him gigantic to the point that it proceeded to change the essential natural hypothesis and examination until the end of time. Anyway, how was the cell found?

Robert Hooke was inspecting a dried segment of the stopper tree utilizing an unrefined light magnifying lens. In this examination, he noticed various little chambers named the cells. From there on, over the course of the following 175 years, a few sorts of exploration were made which prompted the development of the cell hypothesis that we know today.

The cell theory hypothesis expresses that the cell is the key primary and useful unit of living matter. In 1839 German physiologist Theodor Schwann and German botanist, Matthias Schleiden declared that cells are the “rudimentary particles of creatures” in the two plants and creatures and perceived that a few organic entities are unicellular and others multicellular. This hypothesis denoted an extraordinarily reasonable development in science and brought about restored regard for the living cycles that happen in cells. 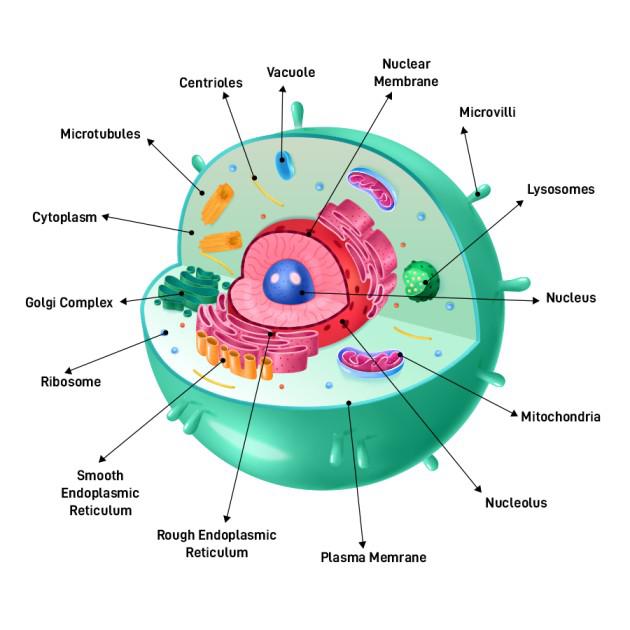 Functions of a Cell

Question 1: What is a cell?

The cell is the basic unit of life and it mainly consists of the nucleus, cytoplasm, and cell membrane.

Question 2: What is the study/research of cells called?

The study of cells or cell biology is called Cytology.

Question 3: What are the important cell organelles?

Ribosomes, Endoplasmic reticulum, Golgi apparatus, Chloroplasts, and Mitochondria are some of the organelles of the cell.

Question 4:  What are the types of cells?

There are two cell types: prokaryotes and eukaryotes.

Question 5: What is plasma membrane/cell membrane?

The plasma membrane or cell membrane is the membrane found in all cells that separate the interior of the cell from the outside environment.

Question 6: Name the organelles which show the analogy written as under