Arthropoda is a Greek word, which means joint foot. Arthropoda is one of the phyla of the animal kingdom. Arthropods are invertebrate animals with appendages and exoskeletons. Arthropoda is the largest phylum in the whole animal kingdom. There are 900 thousand of species in this phylum. About 80 percent of the species belong to the phylum Arthropoda. These are both aquatic, and terrestrial animals, even some groups in Arthropoda are even adopted to fly and sometimes even act as parasites. The large classes in the whole animalia like Insecta belong to this phylum. Arthropoda includes insects, mites, spiders, crabs, and lobsters. The nonliving exoskeleton in arthropods is secreted by the epidermis. Their body is always segmented. Among the one million described species of Arthropoda, insects contribute the major part. Even though the number of discovered insects in this phylum is very small when compared to undescribed insects.  According to some studies, there are about 55 lakh insect species exist on this planet. The internal organs of arthropods are generally built on repeated segments just like the external organs. Their nervous system is just like a ladder-like structure and contains ventral nerve cords. Fusion of various segments forms their heads and fusion of ganglia of these segments forms their brains. The development of the ancestry of Arthropods traces back to the Cambrian time frame. The gathering is by and large viewed as monophyletic, and many examinations support the situation of arthropods with cycloneuralians in a superphylum Ecdysozoa. The basal connections of the creatures are not yet settled. In like manner, the connections between different Arthropoda bunches are still effectively discussed. Today, Arthropods add to the human food supply both as pollinators of yields. A few species are known to spread the extreme infection to people and domestic animals. 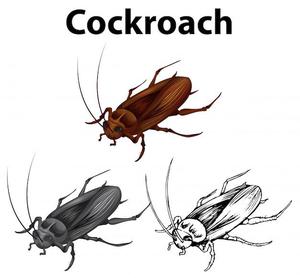 Most of the arthropods that live on land have lungs and trachea as their respiratory organs. The trachea allows the air into the body through small holes. Aquatic arthropods have gills as their primary organ for respiration. Gills help them in the process of respiration in water. Gills are present on the skin of most arthropods that are further covered by an exoskeleton. Most insects have tracheae and book lungs, yet huge bugs (like tarantulas) and scorpions have book lungs alone.

The circulatory system in arthropods is an open circulatory system. The circulatory system consists of the dorsal heart and arteries system which are in small numbers in insects and very extensive in large creatures like crabs. Blood is delivered into the tissue spaces called hemocoels by arteries. Small creatures like crustaceans and a few insects like larvae have hemoglobin in their blood just like humans. A changing number of matched openings are situated along the length of the heart and license blood to stream in when the valves are open.

The material that forms the outer layer of the exoskeleton is chitin. It is a tough layer. The exoskeleton is a thickened area formed by the combination of chitin and some proteins. Commonly the mineral gems, essentially calcium carbonate, are stored among the chitin and protein particles in a cycle called biomineralization. The precious stones and filaments interpenetrate and support one another, the minerals providing the hardness and protection from pressure, while the chitin supplies the elasticity.

In Arthropods, we can see almost every type of feeding creature like Herbivores, Carnivores, Parasites, filters, and detritus feeders. Normally, matched limbs around the mouth are utilized for gathering and taking care of food and are generally accomplished as per the specific eating routine of the creature. The front and back pieces of the intestinal system are fixed with the very skeletal material that is found outwardly of the body and that is shed with the remainder of the skeleton.

Different types of arthropods possess different excretory systems. Organisms like arachnids have paired excretory organs. Myriapods, insects, and mites-like creatures have different excretory organs. They have Malpighian tubes open into the intestine. Loosing of water because of evaporation is a significant issue for terrestrial animals, particularly little ones like arthropods, and a variety of safeguards against drying up have developed.

Different kinds of arthropods possess different types of reproduction. The different types of reproduction are Polyembryony, viviparity, and parthenogenesis. In arthropods, sperm are usually moved to the female inside fixed parcels known as spermatophores. In this strategy for moving the sperm are not weakened by the encompassing medium, on account of oceanic structures, nor do they experience the ill effects of quick parching ashore. Arthropod eggs are typically wealthy in the yolk, yet in all gatherings, there are species whose eggs have a little yolk.

The sense organs in arthropods are a specialization of an exoskeleton. Sense organs in arthropods include mouth parts, leg tips, peg-like projections, cones, pits, or slits. Changes in the pressure of the encompassing fingernail skin initiate the sensitive spots. For instance, the legs of bugs and scorpions have cuts in the exoskeleton that are covered by a layer to which a neuronal receptor is joined underneath.

Arthropods are considered the largest phylum in the whole animal kingdom. It includes the creatures like crabs, centipedes, millipedes, lobsters, insects, and mites. Here given some examples of Arthropods.

Following are the characteristics possessed by the organisms belonging to the phylum of Arthropods.

Arthropoda phylum is mainly classified into six subphyla. They are,

Crustacea, the subphylum of Arthropoda consists of mostly marine or sea animals. Even though, some creatures of this phylum like crayfish and sow bugs live in fresh water and on land. Respiration in Crustacea happens through their gills and their surface. Their development is done through the larva stage. Crustacea have five pairs of appendages and two pairs of antennae. Excretion in Crustacea is done through antennal glands. Large Crustaceans are most dwelling and tiny Crustaceans like copepods are very much important creatures of zooplankton. because those tiny Crustaceans are food for many large organisms. Example: crab, copepod, Daphnia, Palaemon, and shrimp

Crustacea is divided into the following classes.

These are mostly terrestrial animals. Arachnida is the class in subphylum Chelicerata with the most number of species like spiders, mites, and scorpions. These animals mostly live on land under stones, in leaves, and in vegetation. There are some animals, that live in fresh water and oceans. Excretion in these animals is done through Malpighian tubes. In chelicerates Antenna is absent and the abdomen is divided into thirteen segments. Respiration in Chelicerata is done through their gills and trachea. Example: Aramea and Limulus

This subphylum is divided into three types:

The organisms belonging to the subphylum of Hexapoda are mostly terrestrial animals. Their body is categorized into three parts, head, abdomen, and thorax. Hexapoda has a pair of compound eyes. Excretion in these animals is done through Malpighian tubes. Respiration in Hexapoda is done through their gills and trachea. The abdomen is divided into 7 to 11 segments. Hexapoda has three pairs of appendages. Their development is indirect and there is a larva stage in the development of hexapods. Examples: Ants, Mosquitoes, and Tabernus.

Animals of the Myriapoda subphylum are mostly terrestrial animals. Respiration in Hexapoda is done through the trachea. Excretion in these animals is done through Malpighian tubes. Animals in this phylum have any number of legs. These animals have antennae on their head. Their body has numerous segments. Example: Scolopendra and Julus.

Myriapoda is divided into four classes.

These arthropods are very small in size and most terrestrial animals. Onychophora’s body has small segments. Nephridia help in excretion and the trachea helps in respiration. Examples: Hallucigenida, Peripatidae, and  Peripatus.

These arthropods are extinct. They are not present on the earth today. Scientists found them in the Paleozoic era. The bodies of these arthropods are divided into three lobes, two lateral lobes, and one median lobe. Their bodies mainly consist of three parts. They are the head, thorax, and pygidium. Examples: Trilobite, Raphiophorida, and Kjerulfia.

Question 2: Where arthropods can be located?

They have a wide variety of habitats all over the world. They can be found in the deep sea to the frozen arctic regions. Approx. 8,00,000 species are identified in this category. Yet there are thousands of species that are yet to be discovered.

Question 3: What is Hexapoda? Give some examples.

The organisms in Hexapoda mostly live on land. They are terrestrial animals. The  Head, abdomen, and thorax are the main parts of the body. They have a pair of compound eyes. Malpighian tubes help in excretion in Hexapods. Respiration in Hexapoda is done through their gills and trachea. The abdomen is divided into 7 to 11 segments. Hexapoda has three pairs of appendages. Hexapoda is further divided into two classes Insecta and Entognatha. Examples: Bees, Butterflies, and Hyadaphies.

Question 4: What is Arthropoda?

The word ‘Arthropoda’ derives from the Greek language, which means joint foot as almost all of the arthropods have a joint foot. Among the animal kingdoms, Arthropoda is one of the phyla. Arthropods can live on both land and in water and can even fly. Some other Arthropods can act as parasites. Arthropods are invertebrate animals with appendages and exoskeletons. In animalia, Arthropoda is the largest phylum. There are nine hundred thousand species in this phylum. More than eighty percent of the total species belong to the phylum of Arthropoda. Examples:  Ants, Butterflies, Crabs, and scorpions.

Question 5: Why the exoskeleton of arthropods is hard? Explain.

The exoskeleton of Arthropods is very hard when compared to organisms of other phyla. Their exoskeleton is formed by the hard and tough material called Chitin. The exoskeleton is a very thickened layer formed by the combination of some strongly bounded proteins and chitin together. The toughness of Chitin is given by calcium carbonate and some mineral gems that are present in it.