Kingdom Plantae incorporates every one of the plants. They are eukaryotic, multicellular,  and autotrophic life forms. The plant cell contains an unbending cell wall. Plants have chloroplast and chlorophyll shade, which is expected for photosynthesis. 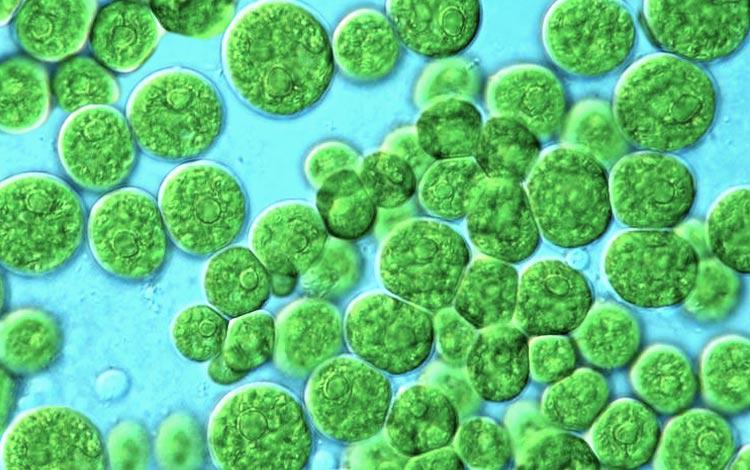 The Chlorophyceae are one of the classes of green growth, recognized primarily based on ultrastructural morphology. They are typically green because of the strength of the colors chlorophyll an and chlorophyll b. The chloroplast might be discoid, plate-like, reticulate, cup-molded, winding, or lace formed in various species. The greater part of the individuals has at least one stockpiling body called pyrenoids situated in the chloroplast. Pyrenoids contain proteins other than starch. Some green growth might store food as oil drops. They generally have a cell wall comprised of an inward layer of cellulose and an external layer of pectose.

There are about 500 species and 60 genera in the order Volvocales. Important features include:

There are 80 genera and roughly 430 species in the Order Ulotrichales. While some of them are marine, most of them are found in freshwater (e.g., Ulva). Important features include:

The plants in the family Chaetophorales have hair or setae. Important features include:

There are people in this rank all across the world.

The structure of plants in the Chlorophyceae class exhibits a wide variety of variations (thallus). It includes both single- and multicellular structures, such as Chlamydomonas, Chlorella, Sphaerella, etc. Different types of multicellular formations could exist. They might contain many cells grouped in colonies with a specific shape, called coenobiums.
As in Volvox, Pandorina, Pleodorina, etc., the number of cells in a coenobium can be fixed and motile, or it can be indeterminate, arranged in net-like masses, and non-motile as in Hydrodictyon. As in Tetraspora and Palmodictyon, the multi cells may aggregate and create a non-motile palmelloid structure, where the cells stay entrenched in an amorphous or gelatinous matrix.

The heterotrichous habit is evident, and the erect system is fully formed. In certain species, such as Vaucheria, the plant body resembles a cylindrical tube. The plant body of some algae, including Ulva, resembles leaves. In the Chlorophyceae family, Chara has the most highly organized plant body due to its extremely complex structure and well-protected sex organs.

They share numerous clones with the higher plants, including the presence of uneven lashed cells, the breakdown of the atomic envelope at mitosis, and the presence of phytochromes, flavonoids, and synthetic antecedents to the fingernail skin.

The sole technique for multiplication in Chlorella is abiogenetic and azosporic. The substance of the cell partitions into 2, 4, 8 now and again little daughter protoplasts. Every girl’s protoplast adjusts to shape a non-motile spore. These autospores (spores having a similar particular shape as the parent cell) are freed by the break of the parent cell wall. On discharge, each autospore develops to turn into another person. The presence of sulfur in the way of life medium is viewed as fundamental for cell division. It happens even in obscurity with sulfur alone as the source material yet under light circumstances nitrogen is likewise expected also. Pearsal and Loose (1937)[citation needed] detailed the event of motile cells in Chlorella. Bendix (1964)[citation needed] additionally saw that Chlorella produces motile cells which may be gametes. These perceptions have a significant bearing on the idea of the existing pattern of Chlorella, which at present is viewed as stringently abiogenetic in character.

Abiogenetic multiplication in Chlorella ellipsoides has been concentrated exhaustively and the accompanying four stages have been seen during the agamic propagation.

Question 1: What are the fundamental kinds of green growth?

Question 2: What are the 5 kinds of the plant kingdom?

The plant kingdom has been characterized into five subgroups as per the previously mentioned measures:

Question 3: What family name does Chlorophyceae go by?

Question 4: What category do algae fall under?

Three classes of algae are recognized. There are three of them: Rhodophyceae, Phaeophycean, and Chlorophyceae.

Question 5: What is called a plant kingdom?

The kingdom Plantae remembers organic entities that reach for size from minuscule greeneries to goliath trees. Regardless of this gigantic variety, all plants are multicellular and eukaryotic (i.e., every cell has a film bound core that contains the chromosomes).

Question 6: What are the 3 divisions of plants?

This kingdom is partitioned into three divisions in particular Bryophytes, Pteridophytes and Spermaphyte.