Checking the Cluster Health in Cassandra

In this article, we are going to discuss checking the cluster health by using nodetool in Cassandra. Nodetool is one of the monitoring tools which helps in monitoring a cluster and performing routine maintenance tasks.

We will discuss three nodetool commands which will often use for checking the cluster’s health.

The nodetool status command provides valuable information pertaining to the nodes such as the following. 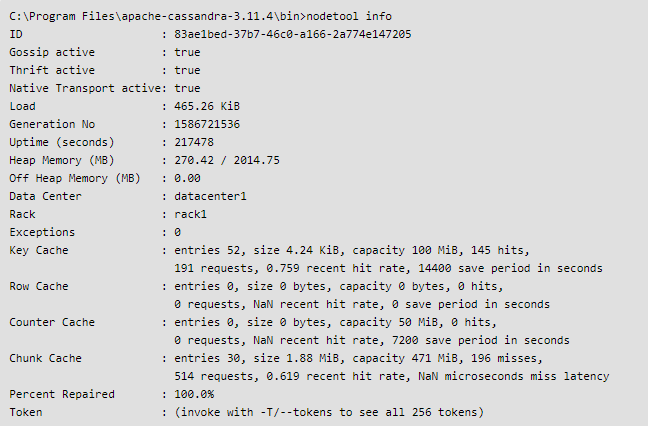 This command will give you the overview statistics of thread pools. This command provides information about each stage of an operation by the thread pool. It shows the following things:

Here’s an approach to how this command will execute using the Cassandra architecture.
The database refreshes the information that the nodetool tpstats command provides when you flush memtables or when the database compacts any SSTables.

Here’s an example showing how to run the nodetool tpstats command: 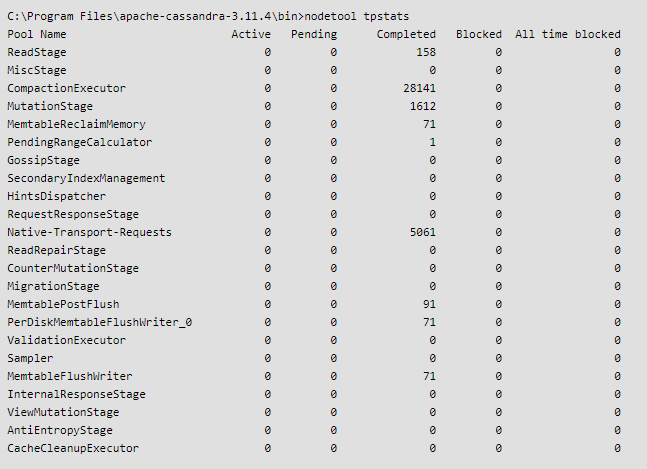 The output of the nodetool tpstats command shows statistics pertaining to specific thread pools associated with tasks in the database. All this detailed information is quite useful to you when you’re troubleshooting issues or tuning the database.