Given a Queue consisting of first n natural numbers (in random order). The task is to check whether the given Queue elements can be arranged in increasing order in another Queue using a stack. The operation allowed are:
1. Push and pop elements from the stack
2. Pop (Or Dequeue) from the given Queue.
3. Push (Or Enqueue) in the another Queue. 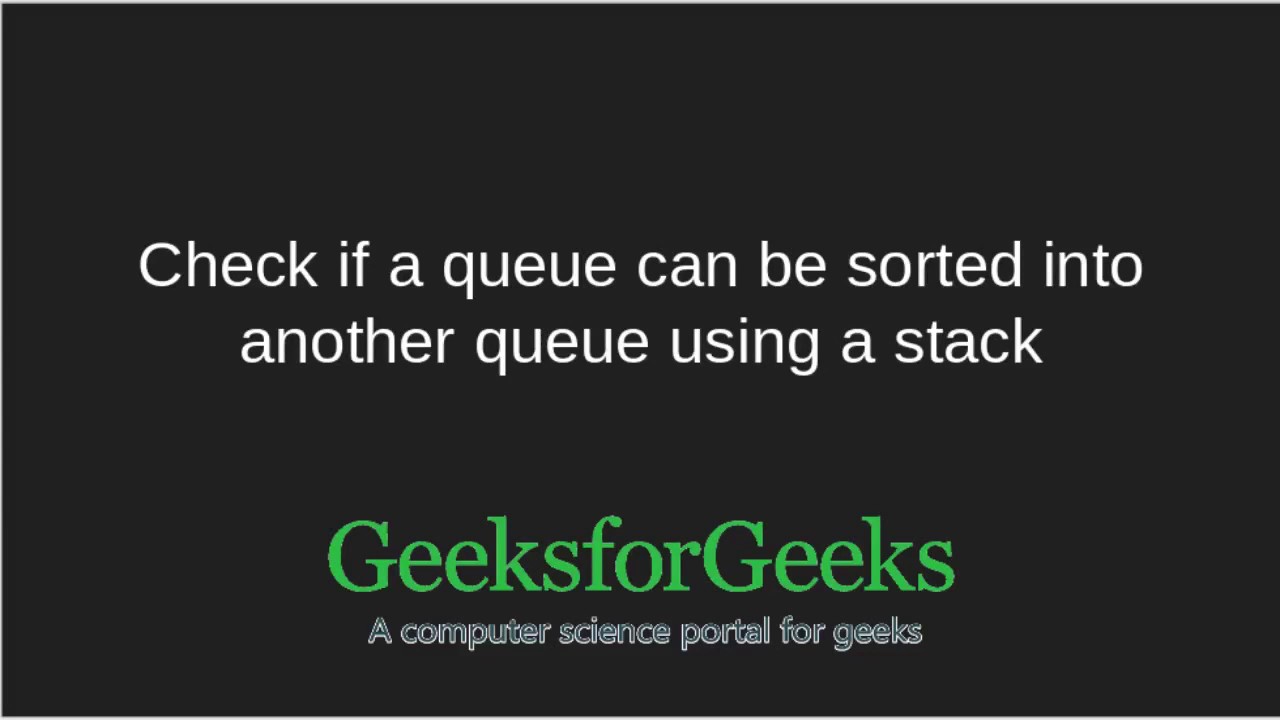 Observe, second Queue (which will contain the sorted element) takes inputs (or enqueue elements) either from given Queue or Stack. So, the next expected (which will initially be 1) element must be present as a front element of a given Queue or top element of the Stack. So, simply simulate the process for the second Queue by initializing the expected element as 1. And check if we can get the expected element from the front of the given Queue or from the top of the Stack. If we cannot take it from either of them then pop the front element of the given Queue and push it in the Stack.
Also, observe, that the stack must also be sorted at each instance i.e the element at the top of the stack must be the smallest in the stack. For eg. let x > y, then x will always be expected before y. So, x cannot be pushed before y in the stack. Therefore, we cannot push an element with a higher value on the top of the element having a lesser value.

Below is the implementation of this approach:

My Personal Notes arrow_drop_up
Previous
Print next greater number of Q queries
Next
Largest Rectangular Area in a Histogram | Set 2
Recommended Articles
Page :
Stack and Queue in Python using queue Module
19, Jan 18
Reversing a Stack with the help of another empty Stack
03, May 21
Reversing a Queue using another Queue
04, Sep 19
Check if an array can be sorted by swapping pairs from indices consisting of unequal elements in another array
03, Feb 21
Check whether an array can be fit into another array rearranging the elements in the array
09, Jul 18
Check if two sorted arrays can be merged to form a sorted array with no adjacent pair from the same array
16, Nov 20
Check if array can be divided into two subsequences merging whom makes Array sorted
01, Aug 22
Print array of strings in sorted order without copying one string into another
24, May 17
Stack Permutations (Check if an array is stack permutation of other)
21, Jul 17
Check if the array can be sorted only if the elements on given positions can be swapped
07, May 20
Maximum in an array that can make another array sorted
24, May 18
Check if moves in a stack or queue are possible or not
22, Dec 18
Infix to Postfix using different Precedence Values for In-Stack and Out-Stack
22, Nov 18
Find maximum in stack in O(1) without using additional stack
29, Mar 19
Stack | Set 3 (Reverse a string using stack)
08, Feb 14
Sort a stack using a temporary stack
01, Jul 17
Maximum number of partitions that can be sorted individually to make sorted
28, Feb 18
Check if the elements of stack are pairwise sorted
16, Oct 18
Check if string S1 can be formed using repeated insertions of another string S2
20, Aug 21
Level order traversal in spiral form | Using one stack and one queue
19, Jul 18
Implement Stack and Queue using Deque
02, Jan 18
Implement a stack using single queue
05, Jul 16
How to implement stack using priority queue or heap?
25, May 17
Check if a decreasing Array can be sorted using Triple cyclic shift
09, Jul 20
Article Contributed By : 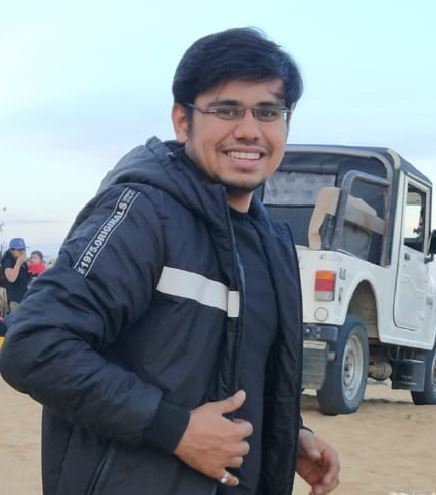