A stream is a sequence of data. I/O Stream refers to a stream that is unlikely a method to sequentially access a file. I/O Stream means an input source or output destination representing different types of sources e.g. disk files. The java.io package provides classes that allow you to convert between Unicode character streams and byte streams of non-Unicode text.

When to use Character Stream over Byte Stream?

In Java, characters are stored using Unicode conventions. Character stream is useful when we want to process text files. These text files can be processed character by character. Character size is typically 16 bits.

When to use Byte Stream over Character Stream?

Key points while using and dealing with any of the above streams are as follows:

In Java, characters are stored using Unicode conventions. Character stream automatically allows us to read/write data character by character. For example, FileReader and FileWriter are character streams used to read from the source and write to the destination. 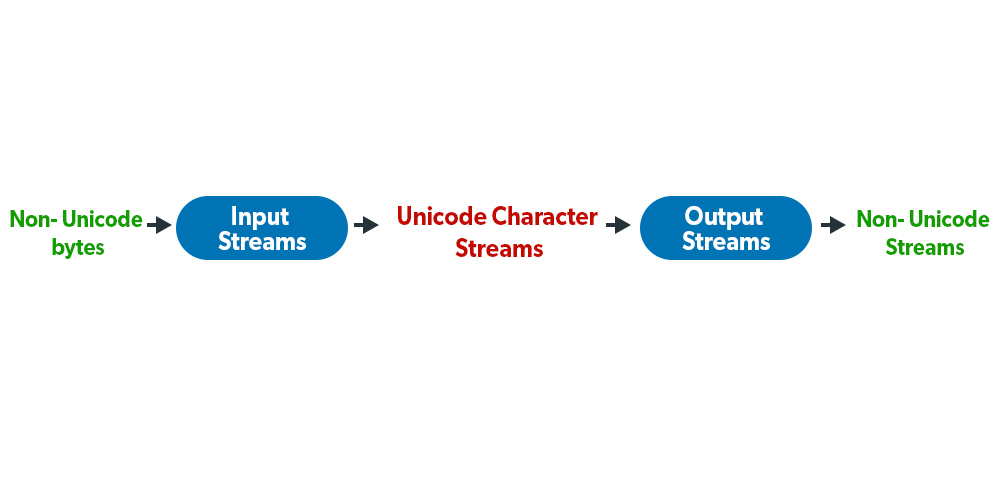 
Output: Writes content to the target file character by character

Byte streams process data byte by byte (8 bits). For example, FileInputStream is used to read from the source and FileOutputStream to write to the destination.

This article is contributed by Mohit Gupta. If you like GeeksforGeeks and would like to contribute, you can also write an article using write.geeksforgeeks.org or mail your article to review-team@geeksforgeeks.org. See your article appearing on the GeeksforGeeks main page and help other Geeks. Please write comments if you find anything incorrect, or you want to share more information about the topic discussed above.