Cells are the basic building block of life. The fundamental structural and operational unit of life is cells. Robert Hooke made the discovery that cells can work together to produce tissues and organs. The framework and support for an organism’s body are provided by its cells. A distinct membrane surrounds each of the countless separate organelles that make up the cell inside. The genetic material required for the reproduction and growth of cells is kept in the nucleus.

The cell wall is referred to as the non-living material that protects a cell’s outer layer. 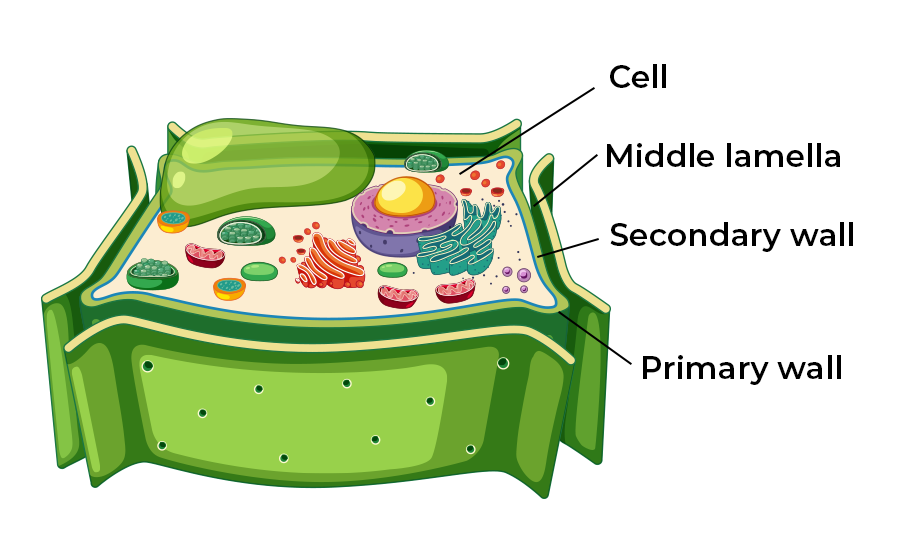 According to the organism, its composition changes, and it is porous by nature. The cell wall isolates the inner elements from the surrounding environment. The cell and its organelles are also given, support, protection, and shape by it. But only, fungi and a few eukaryotic and prokaryotic creatures have this cellular component. As was already mentioned, fungi have cell walls as well, but they are composed of chitin, a glucose derivative that is also present in arthropod exoskeletons. Additionally, they offer structural support and guard against desiccation, just like plant cell walls do. Moreover, bacteria have cell walls. They differ chemically from the cell walls found in plants and fungi, though. Peptidoglycans, which are substantial polymers, make up bacterial cell walls. Prokaryotes have cell walls that act as a type of defense and stop lysis. Prokaryotic cell walls have two layers structurally:

Eukaryotic cells have a unique nuclear membrane and a distinct nucleus. Additionally, it has membrane-bound organelles that are absent from prokaryotic cells. Another significant distinction is that only plants have cell walls; other eukaryotic creatures, such as animals, have not. 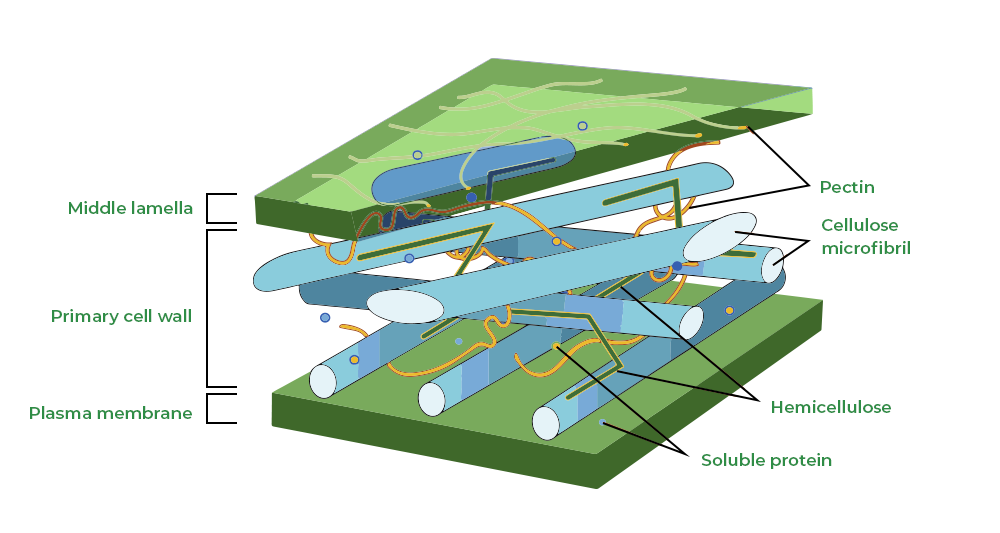 The cell wall, which is located on the next membrane of the cell also known as the plasma membrane, is the outer layer of a cell. As was already established, all plant cells, as well as those of, bacteria, and archaea, contain a cell wall. Animal cells have a wavy form, which is mostly caused by the absence of a cell wall. Cell walls typically have different compositions depending on the organism. Plant cell walls typically consist of three layers and a network of carbohydrates like pectin, cellulose, and hemicellulose, as well as trace amounts of other minerals and structural proteins. There are three main layers:

The primary cell, which was the first to build a cell wall, is located nearest to the interior of the cell. Because cellulose makes up the majority of it, the wall may expand to accommodate growth. Pectic polysaccharides and matrix proteins are present in a number of primordial cells. It is also thinner and more porous than the other coats.

The central lamella, which is also the top layer, serves as a connecting point and holds the neighboring cells together. Pectin make up the majority of this stratum. However, other materials can also be discovered, including proteins and lignin.

Once the cell has fully developed, the secondary cell wall is created inside the inner membrane. Cellulose and lignin are components of some types of cells (particularly those found in xylem tissues), and they contribute extra stiffness and waterproofing. Additionally, this layer gives a cell its typical square or rectangular shape. In addition to being the thickest layer, it allows permeability.

Differences between the Cell Wall and Cell Membrane

Question 1: How Do Cell Walls Work?

A hard, exterior layer created especially to offer rigidity and structural support is known as a cell wall. Additionally, it protects the inside parts of the cell from the outside environment and preserves them intact.

Question 2: What purpose does the cell wall serve?

The primary role of the cell wall is they provide support and strength, as well as a semi-permeable surface that allows molecules to enter and exit the cell.

Question 3: What are the cell wall’s three layers?

Question 4: What are the benefits of bacterial cell walls?

Question 5: What makes up the bulk of the cell wall?

Question 6:  What really is the cell wall’s primary purpose?

The upper surface of a plant cell is the cell wall. It gives the plant structure mechanical stability and stiffness.