Canonical Form – In Boolean algebra,Boolean function can be expressed as Canonical Disjunctive Normal Form known as minterm and some are expressed as Canonical Conjunctive Normal Form known as maxterm .
In Minterm, we look for the functions where the output results in “1” while in Maxterm we look for function where the output results in “0”.
We perform Sum of minterm also known as Sum of products (SOP) .
We perform Product of Maxterm also known as Product of sum (POS).
Boolean functions expressed as a sum of minterms or product of maxterms are said to be in canonical form.

A Boolean function can be expressed algebraically from a given truth table by forming a : 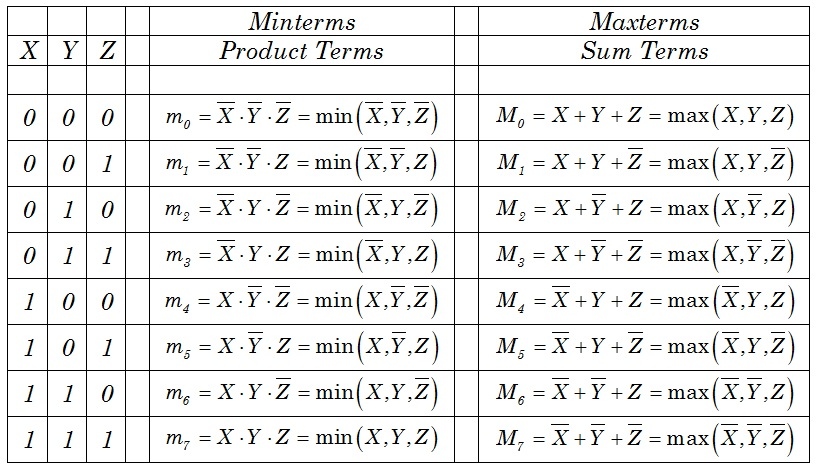