In this article, the task is to create a 2- player cricket game where Player 1 is the user operating the program and Player 2 is the computer. In this game, the following series of steps are followed:

Random Number generated by System is 15. This is the winning score.

Now, as both numbers are same(player’s and system’s) then player is out.

Result: You lose, your total score is 5.

Below is the C++ program to implement the above approach: 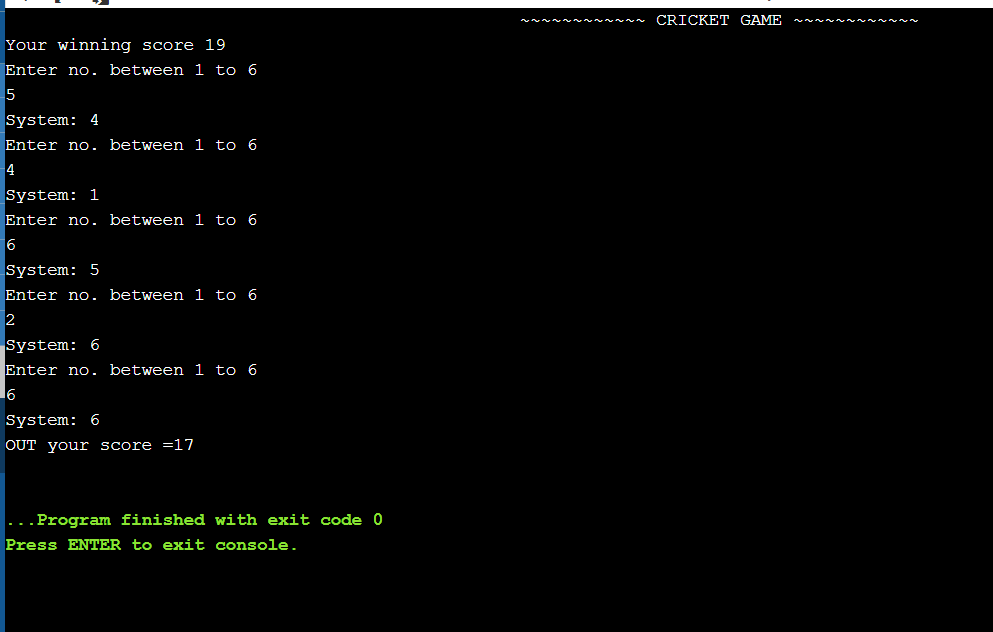 Want to learn from the best curated videos and practice problems, check out the C++ Foundation Course for Basic to Advanced C++ and C++ STL Course for foundation plus STL.  To complete your preparation from learning a language to DS Algo and many more,  please refer Complete Interview Preparation Course.