Democracy is a form of power in which autocrats are elected by the people. It reminds us that self-government is the ground rule of the people. But if we use this description as an unintentional justification, we will be demarcating almost every government that holds an election as a republic. In a republic, the liberating power at the bottom should be with those who are tagged by the people. 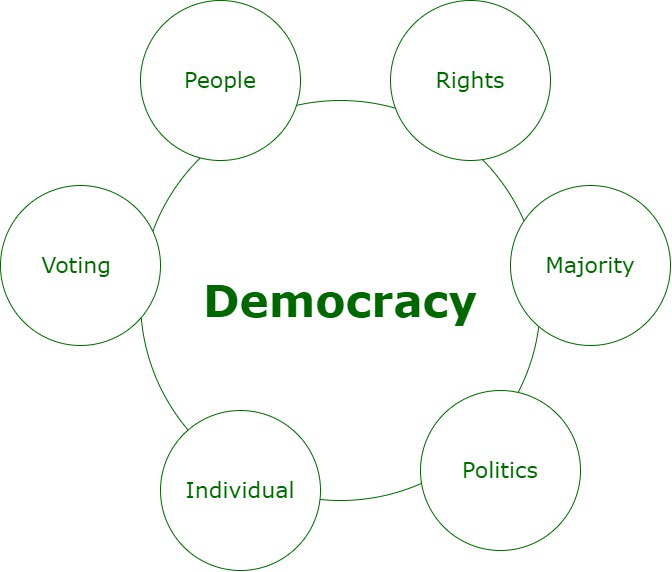 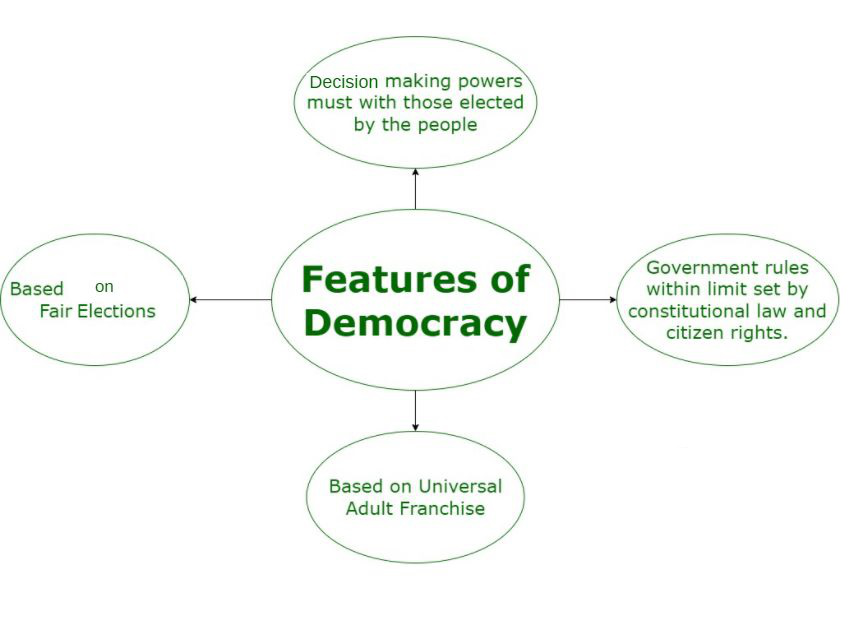 The most familiar form of democracy in our time is that of representative self-government. In the republican countries; the whole population doesn’t rule; the majority is allowed to hold ground on behalf of the people and they don’t rule directly; but through their marked representatives. It becomes necessary because

It gives us a clear but minimal understanding of the republic. This transparency helps us differentiate democracies from non-democracies. But this does not allow us to differentiate between a democracy and a good democracy. For this, we have to turn to the broader meaning of democracy.

Every democracy has to try to ascertain the ideals of popular judgement making. This can not be achieved formerly and for all. This requires constant trouble to save and strengthen popular forms of decision-making. What we do as citizens can make a difference in making our country more or less popular. This is the strength and weakness of democracy, the condition of the country does not depend on what the autocrats do, but on what we do as citizens.

A decision in democracy involves participation and consent of all those affected by the decision. Those who are not so superior have the same power as those in power. This application is possible to a government, family or any other organization. Thus democracy is also a principle that can be applied to any other sphere of life. It helps to sort a parity in any situation or circumstance in day to day life and helps to better the position of all involve and bring a parity.

Some challenges to  proper functioning of Democracy:

Question 1. Give meaning to democracy and examine its features.

Features of democracy can be listed as follows:

Question 2. Democracy faces the threat of dictatorship. Explain the statement with suitable examples.

Democracy remains intact when it comes to determining how to preserve checks and balances when legislatures do not get the chance, how to defend national elections amidst imprisonment, and how to assure that the administration is for the people.

For some democracies, delicate trade-offs can appear very important. Democratically tagged leaders such as Viktor Orban in Hungary have used the pandemic as a pretense to expand their power. Orban indefinitely suspended Congress and Option and is governed by decree. In Israel, Benjamin Netanyahu put the courts – which were set to investigate him on corruption charges – on recess. Bolivia halted its much-awaited options, which were last allowed to oust former president Evo Morales.

Question 3. What are the arguments for democracy?

Democracy is a political system in which citizens exercise authority directly, or choose committees from amongst themselves. The people choose their leader. Representatives engage in an election and their members are chosen by selectors.

Question 4. How do you benefit from the broader sense of democracy?

Question 5. How has the meaning of democracy expanded with the changing times?

The meaning of democracy expanded with the changing times-