It is a Wireless Personal Area Network (WPAN) technology and is used for exchanging data over smaller distances. This technology was invented by Ericson in 1994. It operates in the unlicensed, industrial, scientific and medical (ISM) band from 2.4 GHz to 2.485 GHz. Maximum devices that can be connected at the same time are 7. Bluetooth ranges up to 10 meters. It provides data rates up to 1 Mbps or 3 Mbps depending upon the version. The spreading technique that it uses is FHSS (Frequency-hopping spread spectrum). A Bluetooth network is called a piconet and a collection of interconnected piconets is called scatternet.

The architecture of Bluetooth defines two types of networks:

It is formed by using various piconets. A slave that is present in one piconet can act as master or we can say primary in another piconet. This kind of node can receive a message from a master in one piconet and deliver the message to its slave in the other piconet where it is acting as a slave. This type of node is referred to as a bridge node. A station cannot be mastered in two piconets. 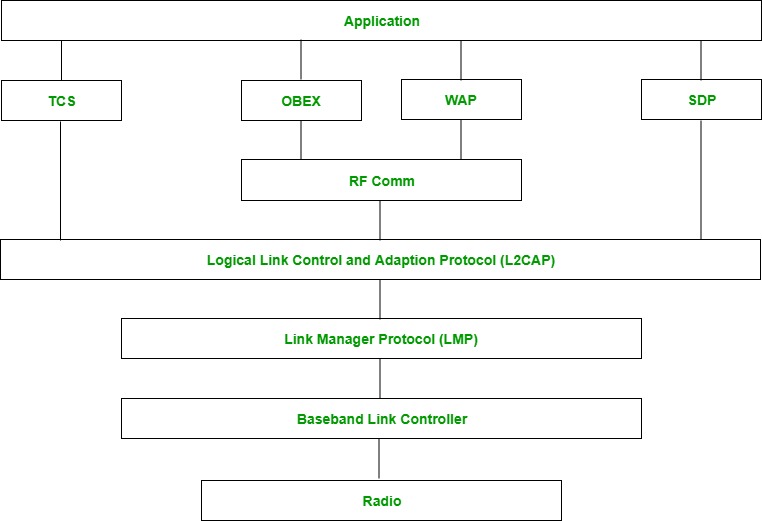