Cryptography is the study of techniques for secure communication in the presence of adversarial behavior. Encryption uses an algorithm to encrypt data and a secret key to decrypt it. There are 2 types of encryption:

The following topics of Elliptic Curve Cryptography will be discussed here:

ECC, as the name implies, is an asymmetric encryption algorithm that employs the algebraic architecture of elliptic curves with finite fields.

Below are the components of elliptic curve cryptography:

Based on the arithmetic of elliptic curves over finite fields, Elliptic-Curve Cryptography (ECC) provides numerous sets of algorithms:

Below is the difference between ECC and RSA:

After the required modules and dependencies are installed then use the following code for the calculation of the shared secret key between user A and user B. 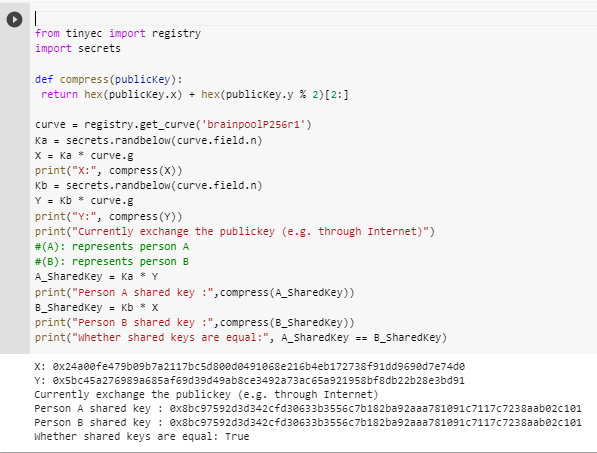