Blockchain is the backbone Technology of Digital CryptoCurrency BitCoin. In its most basic definition, blockchain records how a digital asset has been accumulated in a distributed, decentralized fashion. They are designed to prevent data modification, making them an ideal disruptor for industries including payments, cybersecurity, agriculture, and healthcare. Blocks are records linked together by cryptography in a blockchain. In addition to a cryptographic hash of the previous block and the timestamp, each block contains transaction data.

This chain of blocks is what is referred to as a truly distributed ledger, as it is made up of the blocks created by various miners. There are some basic terminologies in blockchain like:

In order to ensure a sequencing of the blocks, these are in fact, chained together, and it is a mechanism of this chaining that ensures not only an ordering of the blocks but also the immutability and verifiability of the records within them.

If there is a need to change the contents of one transaction, in one of the previous blocks in the blockchain, then just re-compute the hash for that block and after that, include that modified block hash in the next block as well.  For the next block, if the hash of the previous block has changed then its own hash block will be different, so the hash for that block will also need to be recomputed. In fact, if there is a requirement to change any of the previous transactions written to the blockchain, then it is required to recompute the hash for every single block. and this is something that is not trivial because you will have to reach a consensus among all the nodes which participate in the Blockchain network. Each and every transaction in the Blockchain is both verifiable and immutable or permanent. 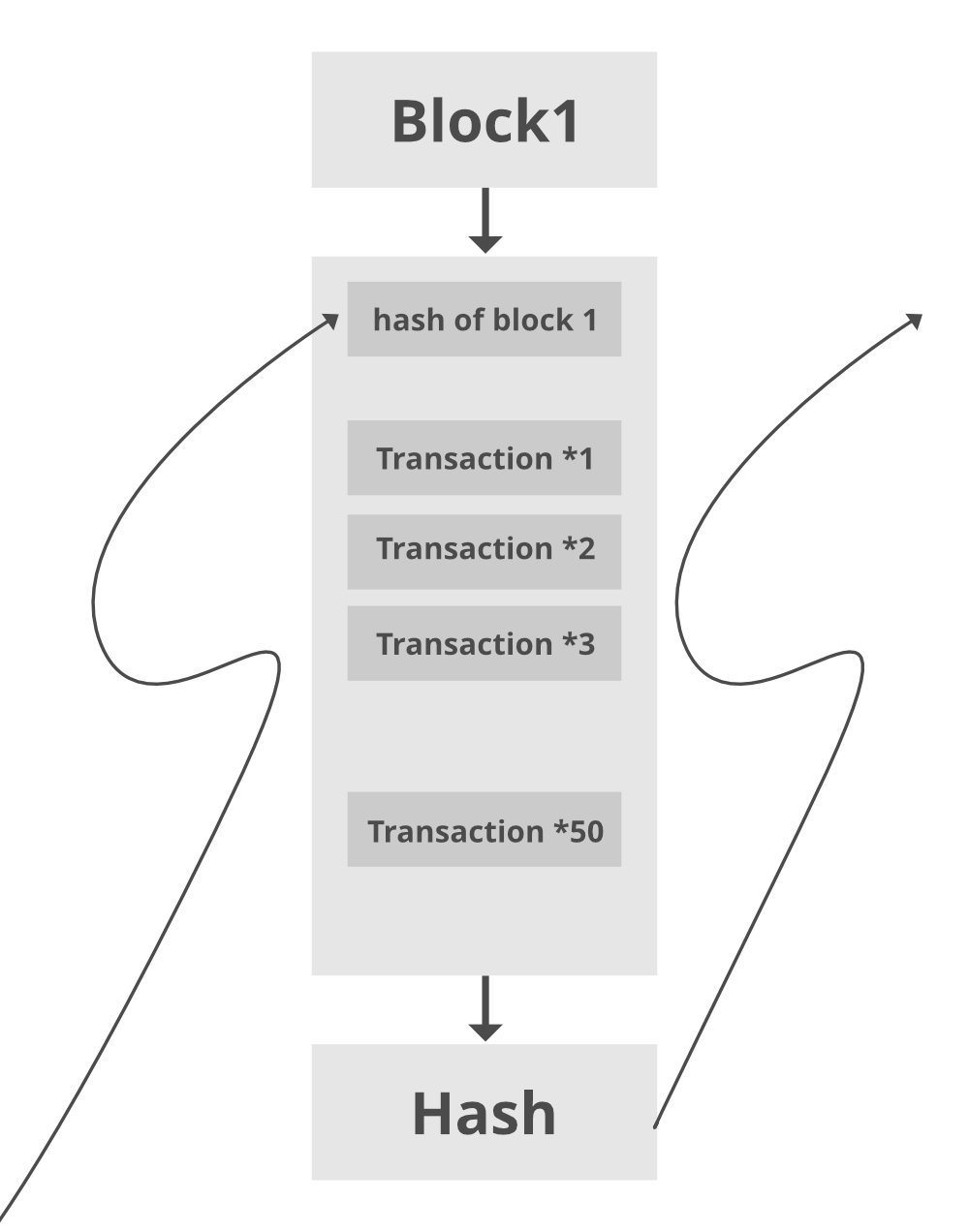 Each block in the blockchain contains multiple transactions and the hash of the previous block is added to the current block when making a chain of blocks.