Blaze UI is a free open source UI Toolkit that provides a great structure for building websites quickly with a scalable and maintainable foundation. All components in Blaze UI are developed mobile-first and rely solely on native browser features, not a separate library or framework. It helps us to create a scalable and responsive website fast and efficiently with a consistent style.

Heading elements are used to emphasize titles by creating bold and big typography. The Blaze UI provides multiple types of headings such as Super heading, Large heading, small heading, Medium heading, extra small heading, and more. In this article, we will learn about the Large heading.

Example 1: This example demonstrates the large heading of Blaze UI in the <div> and <span> elements. 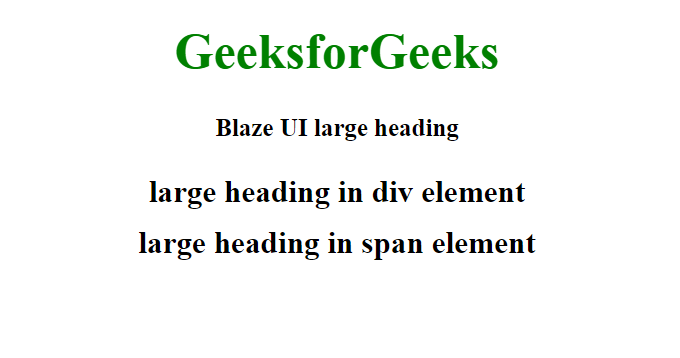 Example 2: This example demonstrates the large heading of Blaze UI in the <h1> to <h6> element. 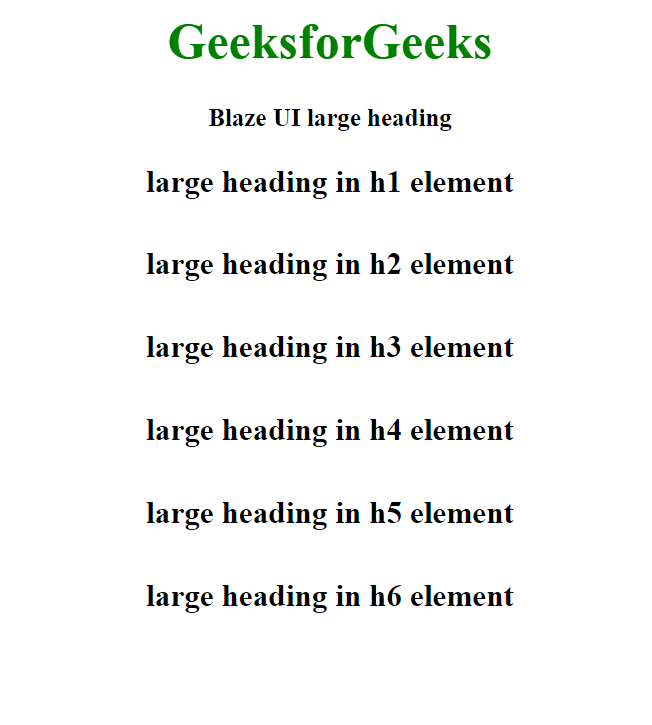