Bitcoin is different from other types of traditional currency such as dollars or euros which you can also use to buy things and exchange value electronically, there are no physical coins for bitcoin or paper bills.

When we send bitcoin to someone, or use bitcoin to buy anything we don’t need to use a bank, a credit card or any other third party type of clearinghouse. Instead, we simply send bitcoin directly to another party over the internet and it will arrive securely and almost instantly.

There are four components of bitcoin: 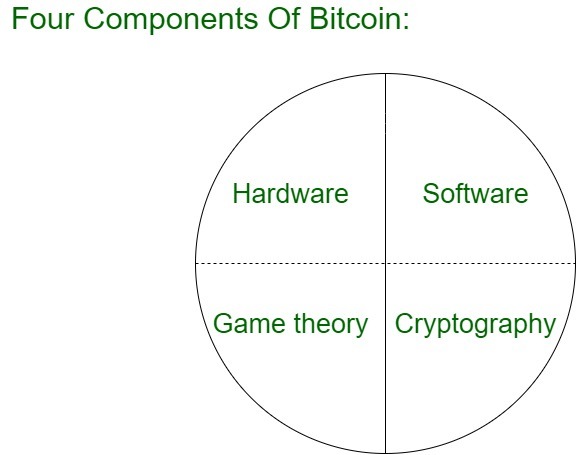 Bitcoin is basically a software that defines how a bitcoin gets transferred. It identifies what are the rules of a valid bitcoin. That software at its core uses cryptography and bitcoin is a cryptocurrency. As a cryptocurrency it uses cryptography to regulate the transfer of bitcoin between parties as well as creation of new units of bitcoin. So, if it wasn’t for cryptography, bitcoin would simply not be possible. All this needs to run on hardware. This hardware is composed of thousands of miners around the world running their computers.

The final component that ties it all together is gaming theory. Because bitcoin in essence is truly a game that is run by these miners around the world.

Bitcoin miners:
Within the bitcoin network there are a group of people which are called miners and their role is to process and confirm transactions. Anybody can apply to be a miner, and you could run the client yourself.

Role of bitcoin miners:
The role of the miners is to process and confirm transactions to chain together the blocks of transactions. Typically these miners use very powerful computers that are specifically designed to mine bitcoin transactions, and the way they do that is by actually solving math problems and resolving cryptography issues, because every one of these transactions need to be cryptographically encoded and secured. These mathematical problems are what actually ensures that the data is secure and nobody is tampering with that data.

How is bitcoin created:
Bitcoin miners process transactions and secure the network using specialized hardware, therefore the miners are rewarded in bitcoin which is a key component of bitcoin. Because money in bitcoin is not created like you create normal fiat currency(like euros, dollars, rupees, etc) the way bitcoin is created is by rewarding these miners for their work in solving these math and cryptography problems. That reward is currently 12.5 bitcoins. That is how new bitcoins are created.

Bitcoin mining:
The software for bitcoin issues a cryptography challenge every 10 minutes. This cryptography challenge involves trying to find a nonce which will make the hash of a specific block be valid. As this challenge gets issued the miners start running their hardware. They basically have thousands of mining computers around the world that are running the bitcoin software. When the challenge is issued all these miners compete against each other, trying to find the solution to that one nonce that will satisfy the hash for that block.

At some specific point one of those miners in the global community will solve the cryptography challenge and that will be the winner. Now the rest of the community has a very important role and that is to verify the validity of that new block. And this is what makes the bitcoin so strong because in one stage of this cycle the miners are competing against each other and in the next stage of the cycle the rest of the community rallies together to ensure that the solution is correct. So it’s a competition and a cooperation, as they’re helping each other to verify that every single transaction is valid. If the transactions are valid then the block is added to the bitcoin blockchain. This is how new blocks are added to the bitcoin blockchain and each block will include all the transactions that the specific miner has identified to be added into that block. For that task the miner will earn a reward.

Factors influencing the price of bitcoin: 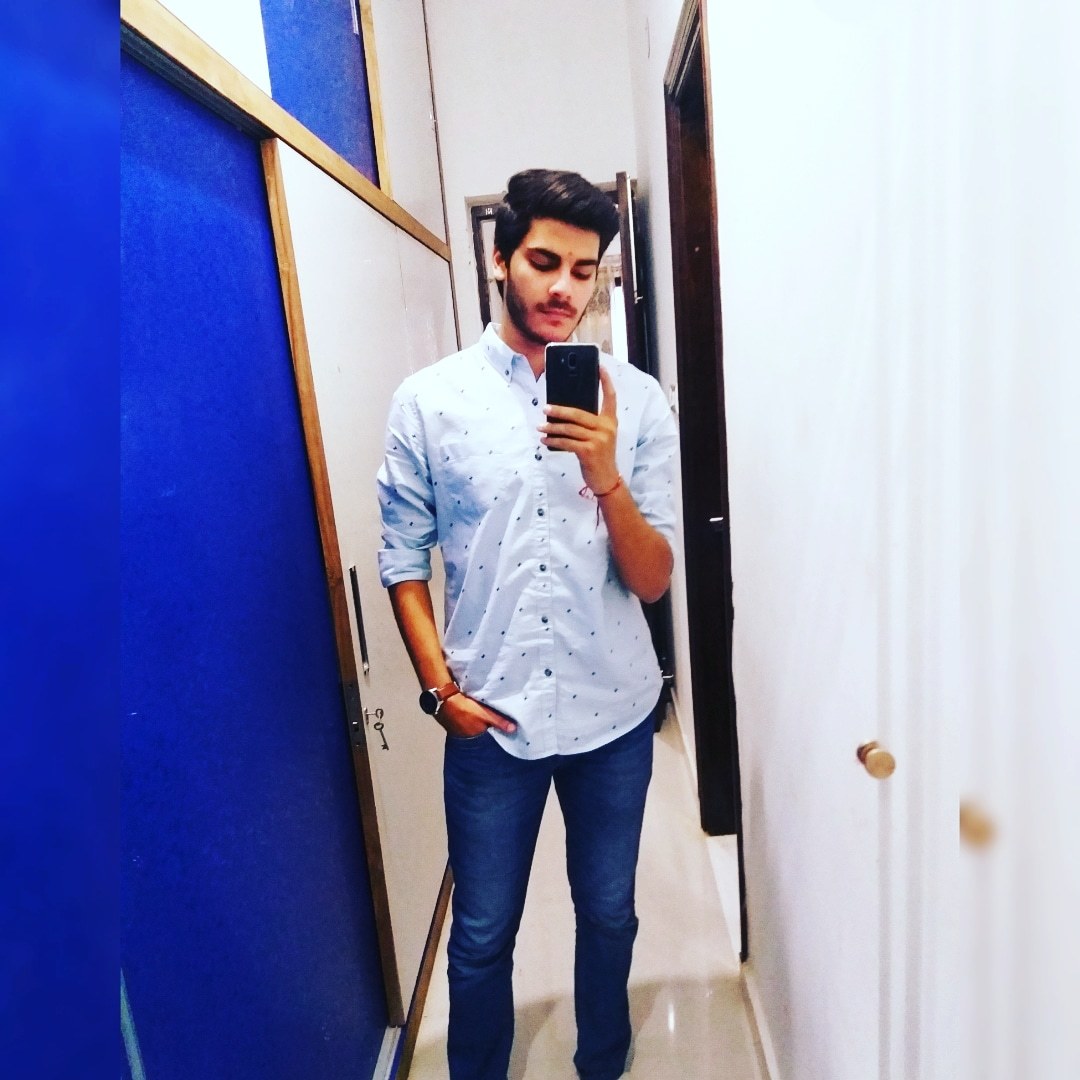