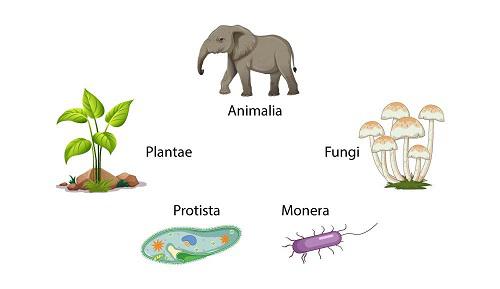 All eukaryotic organisms that contain chlorophyll and are usually known as plants are classified as Plantae. A few species, like parasites and plants that feed on insects, are partially heterotrophic. Insectivorous plants include bladderwort and Venus fly traps, and parasites like Cuscuta feed on them. The eukaryotic structure of plant cells has large chloroplasts and a cell wall comprised primarily of cellulose. Algae, bryophytes, pteridophytes, gymnosperms, and angiosperms are all part of the plant kingdom.

The haploid gametophytic and the diploid sporophytic phases of a plant’s life cycle alternate with one another. Various plant families have different haploid and diploid phase lengths and whether they are independent or reliant on others. Alternation of generation is the name given to this phenomenon. 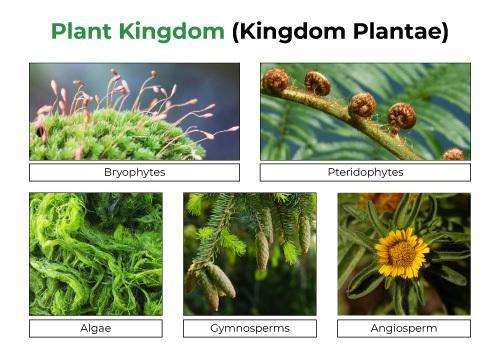 This kingdom is distinguished by heterotrophic multicellular eukaryotic creatures without cell walls. They rely on plants for food either directly or indirectly. They consume food, digest it inside, and store the energy they need as glycogen or fat. Holozoic nutrition refers to food consumption as their mode of nutrition. They develop according to a specific growth pattern, becoming adults with a specific shape and size. More advanced types have sophisticated sensory and neuromotor systems. Most of them have some form of mobility. Male and female copulation is the primary method of sexual reproduction through embryonic development. 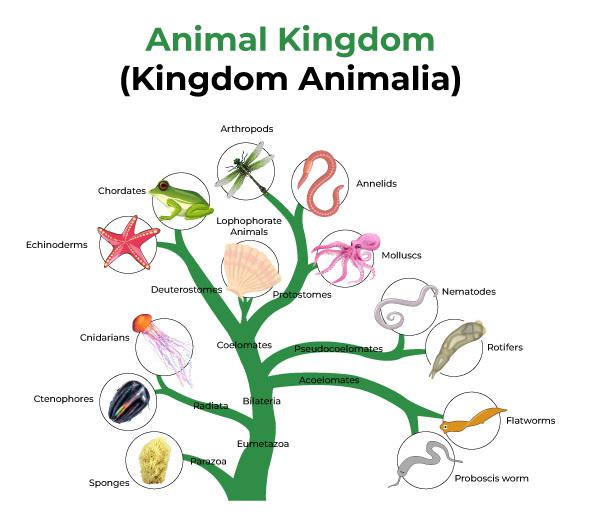 The only other inhabitants of the Kingdom Monera are bacteria. They are the microorganisms that are most prevalent. There are bacteria practically everywhere. One grain of soil contains hundreds of bacteria. Additionally, they can be found in harsh environments like hot springs, deserts, deep oceans, and snow, where very few other living things can endure. Many of them are parasites that live in or on other organisms.
The four shapes of bacteria-the spherical Coccus, the rod-shaped Bacillus, the comma-shaped Vibrium, and the spiral Spirillum are used to classify them.

Archaebacteria: The oldest known living things on earth are archaebacteria. They are categorized as bacteria because, when viewed under a microscope, they resemble bacteria and are members of the Monera kingdom. They are fully unique from prokaryotes other than this.

Eubacteria: Eubacteria are prokaryotic microorganisms made up of a single cell without a nucleus that houses a single circular chromosome that contains DNA. Eubacteria are significant in the fields of commerce, agriculture, and medicine and can be either gram-negative or gram-positive. E. coli, Lactobacilli, and Azospirillum are some of them. 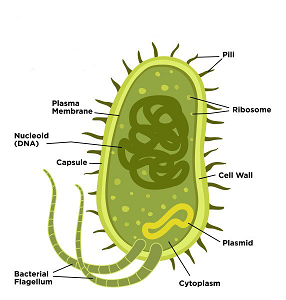 Simple eukaryotic organisms known as protozoa are not classified as either plants, animals, or fungi. Although they are often unicellular, protozoa can also be found as a colony of cells. The majority of protists are parasites or live in wet terrestrial habitats. The cells of these organisms, which are typically unicellular, have a nucleus that is connected to the organelles. Some of them even have locomotion-supporting features like flagella or cilia.

In light of the fact that plants, animals, and fungi all evolved from a common protist-like ancestor billions of years ago, scientists suggest that protists serve as a connecting link between these three kingdoms. Despite being a hypothetical organism, this “protists-like” ancestor may have shared certain genes with current animals and plants. 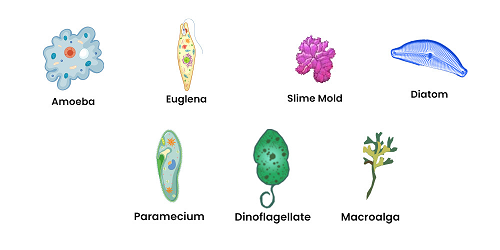 Eukaryotic creatures known as fungi include yeasts, molds, mushrooms as well as other microbes. These organisms fall under the category of fungus. The creatures that make up the Kingdom Fungi are pervasive and have a cell wall. They come under heterotrophs among living things. Additionally, they are present in the majority of fungal illnesses including skin infections. All of the examples we gave feature damp environments if we look closely. We can therefore conclude that fungi typically grow in environments that are both moist and warm enough to support them. The first man to propose a scientific basis for classification was Aristotle. To categorize plants as trees, shrubs, and herbs, he employed straightforward morphological characteristics. He divided living beings into two categories:

But a proper system of biological classification was always thought to be necessary.

The taxonomy system’s founder, Linnaeus, separated all living things into two kingdoms in the year 1758. Animalia and Plantae are these.

Two Kingdom Classification System (given by Linnaeus in 1758)

Three-kingdom Classification System (given by Ernst and Haeckel in 1866)

Four Kingdom Classification System (given by Copeland in 1956)

Five Kingdom Classification System (given by RH Whittaker in 1969)

Separated group of fungi (classified on the basis of five criteria).

Six Kingdom Classification System (given by carl woese in 1990)

Three domains are divided into 6 kingdoms.

Need for Classification of Living Organisms

FAQs on Introduction of Biological Classification

Question 1: What are the commercially significant uses of heterotrophic bacteria and archaebacteria?

The five kingdoms of eukaryotes are as follows: Protista, Fungi, Animalia, Plantae, and Monera.

Question 3: What function do fungi play in our day-to-day lives?

Fungi have the following roles in our daily lives:

There are four shapes of bacteria- the spherical Coccus, the rod-shaped Bacillus, the comma-shaped Vibrium, and the spiral-shaped Spirillum.

Question 5: What is biological classification?

The practice of classifying living things is known as biological classification. R.H. Whittaker suggested the five-kingdom division. According to factors like cell structure, thallus organisation, reproduction, mechanism of nourishment, etc.