Food is necessarily the basic requirement for all living organisms for their existence. Earlier human beings started practicing poaching and collecting fruits, flowers, and roots of forest plants to fulfill their food requirements. Food is needed for growth, development, and body repair. It also protects the body from diseases and provides energy for performing all life functions. For example, food transports proteins, carbohydrates, fats (lipids), vitamins, minerals, and water to our bodies.

In the process of photosynthesis with the help of the energy of sunlight, green plants combine carbon dioxide (CO2) and water (H2O) to form carbohydrates (Food). Since ancient time, human beings have been practicing farming and rearing animals to fulfill their food requirements.

Plants are gifts of nature to humans and most animals in the form of food. Also, the different parts of plants, such as roots, stem, leaves, flowers and fruit, are eaten up by humans in the form of cereals, vegetables, spices, and fruits. Animals give milk, egg, meat, etc., which also fulfill our food requirements. 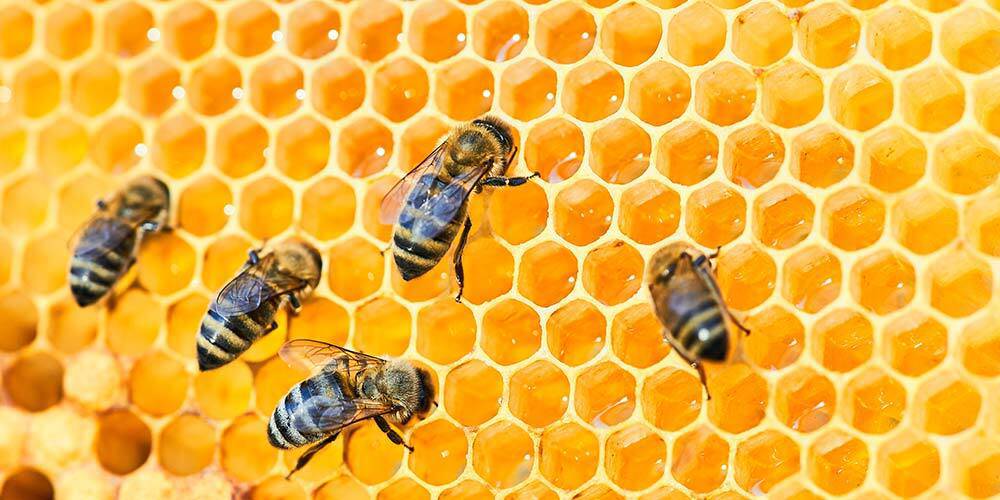 Beekeeping or apiculture is the rearing, care, and management of honey bees for acquiring honey, wax, and other substances.

Honey is known to have medicinal value. It is useful in the treatment of many disarrays of humans related to digestion, dysentery, vomiting, and stomach or liver ailments. Honey is studied as a blood purifier, it heals against cough, cold sore throat, ulcers of the tongue, ulcers of the stomach and intestine, etc.  Honey is also useful in confectionery items such as pastries, cakes, etc. as a source of sugar. Beekeeping is a low-investment enterprise. Bees perform as pollinating agents.

Apiculture or beekeeping give us many useful products such as honey, wax, propolis, royal jelly and bee venom.

In India, both indigenous and exotic varieties of honey bees are used for the commercial production of honey.

Italian bee is preferred because

Colony and Castes of Honey Bee

The bee is a social insect. The nest of the honey bee is termed the bee hive. Honey bees provide a good example of teamwork and division of labor. A colony of Italian bee usually has a single queen, 40,000 to 100, 000 workers, and a few hundred drones. A caste is defined as the collection of individuals within the colony that are morphologically different from individuals in other castes and perform specific tasks.

Based on the roles, there are following three kinds of castes in the colony of bees

Diseases and Enemies of Honey Bee

Honeybees are commonly infected by viruses, bacteria, fungi, and protozoa. For example, the bacterium Bacillus apisceptious infects the blood of bee causing septicemia. Brood foul disease takes place by Schizomycetes (fungi). Nosema disease and amoeba disease are caused by protozoan pathogens Nosema apis and Vahlkampfia and acrine diseases are caused by a parasitic mite Acarapis woodi. Various birds such as king crows, blue tits, melifica, respectively. Common pests/enemies of bees are wasps, wax moths, and mites. Dysentry, paralysis fly-catchers, chaffinch, green blue eaters, sparrows, etc., use bee as their meal. Wasps are controlled manually (i.e., by destroying the wasp nests from the locality of apiary). The wax moth is controlled by exposing bees in bee hives to the sun, by increasing temperature. Bee-eater birds are scared away by some device.

There are 10,000 to 60,000 bees in a colony. But all of them do not play a role in collecting nectar. The queen bee and female bees lay thousands of eggs. All larvae of bees are fed on special proteinaceous food, called royal jelly or bee milk, which is secreted by the hypopharyngeal glands of the young workers. And the duration that they fed will decide their role as a worker or queen. The drone bees are male, and they only take part in fertilizing the eggs laid by the queen, and the worker bees do the real work of collecting nectar.

Question 1: What do you mean by beekeeping?

Beekeeping is known as the maintenance of bee colonies, commonly in man-made hives, by humans. It is also called apiculture.

Question 2: What are the desirable characteristics of bee varieties suitable for honey production?

Question 3: What is pasturage and how it is related to honey production?

Pasturage is the availability of flowers for nectar and pollen collection for the honey bee. The quality and taste of the honey is determined by the kind and quantity of pasturage.

Question 4: What is swarming?

The process by which a queen leaves the old hive along with approximately one half of the workers in that colony and takes a new shelter is called swarming.

Question 5: How is wax moth controlled?

Wax moth is controlled by exposing bees in the hive to sun for increasing temperature.

Question 6: How does the honey bee help in cross-fertilization?

Beekeeping helps in cross-fertilization of flowers of crop plants, since pollen are transferred from one flower to another by bees while they are collecting the nectar.