Essential Properties of the Distributed Transactions:

The distributed transactions must possess the following ACID properties, like any other transaction. In distributed systems, a transaction manager is used to coordinate the distinct operations and then commit/rollback the transaction as needed.

At the time of coordination in Distributed Transactions, one of the servers becomes a coordinator, and the rest of the workers become coordinators.

The atomic commit procedure should meet the following requirements:

Distributed One-Phase Commit: A one-phase commitment protocol involves a coordinator who communicates with servers and performs each task regularly to inform them to perform or cancel actions i.e. transactions. 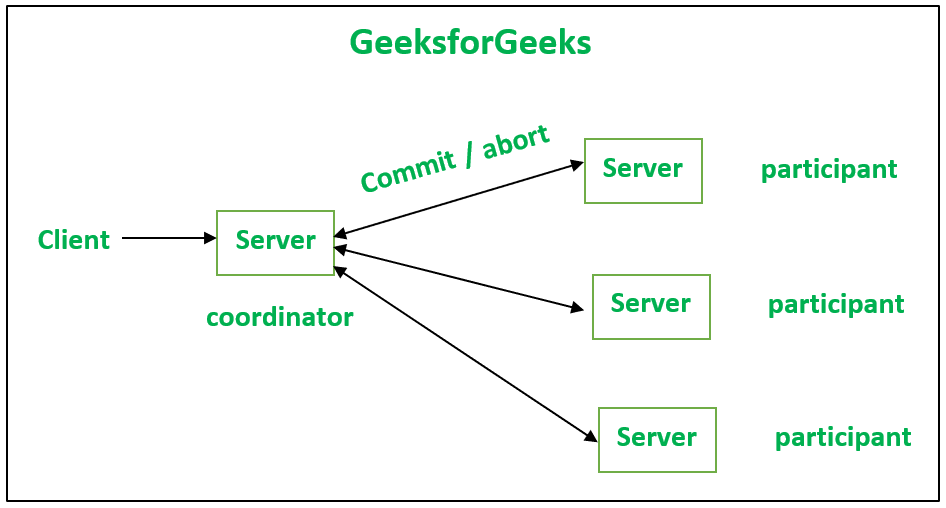 Distributed Two-Phase Commit: There are two phases for the commit procedure to work:

Phase 2: Completion of the voting result 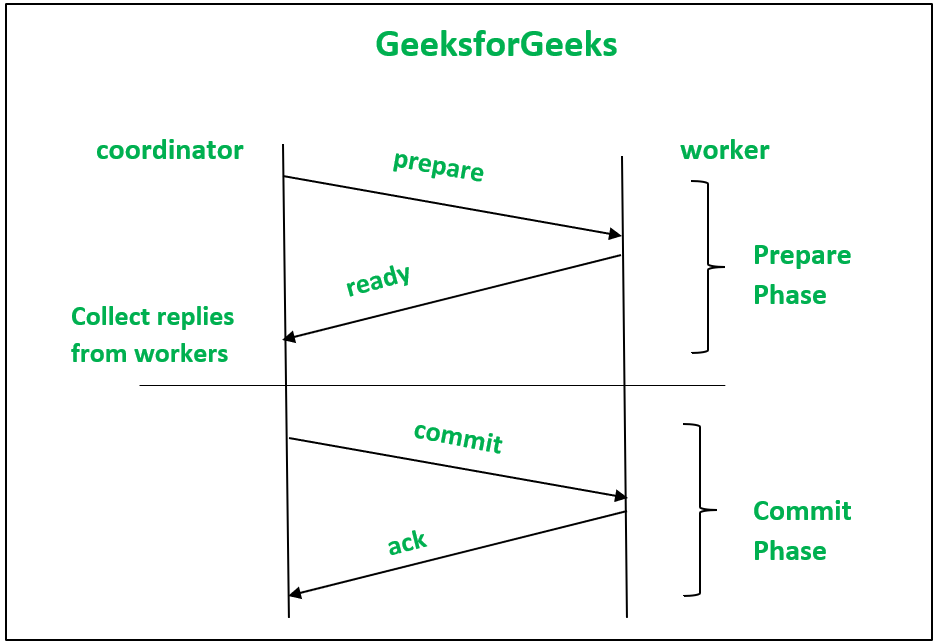