TensorFlow is an end-to-end open-source platform for machine learning developed by Google with many enthusiastic open-source contributors. TensorFlow is scalable and flexible to run on data centers as well as mobile phones. It can run on single-machine as well as multiple-machine in a distributed setting. In this article, we will explore the secret behind the extreme flexibility and scalability of TensorFlow.

Each computation in TensorFlow describes a directed graph that’s composed of nodes and edges where nodes are operations/ functions and edges are input and output overflows and those functions. 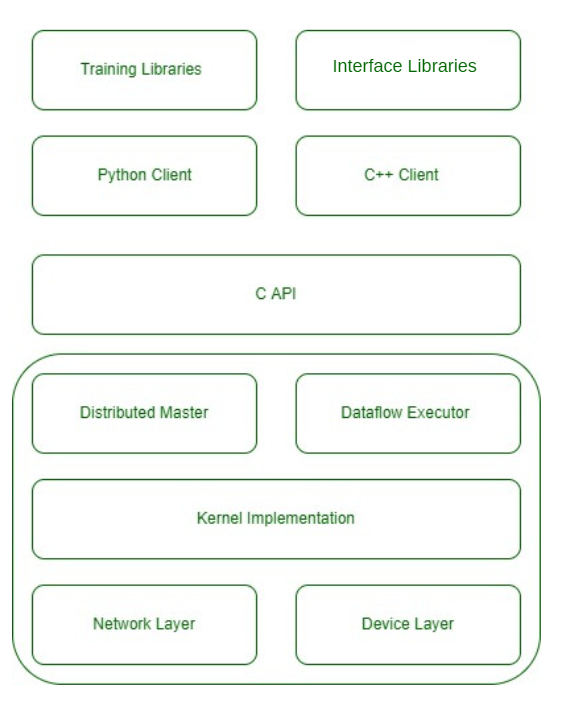 Advanced TensorFlow features allow developers to create more complex and powerful machine-learning models. Some of these features include:

TensorFlow Examples and Use Cases

TensorFlow is a powerful tool for a wide range of machine learning tasks, and it has been used in many real-world applications. Some examples of TensorFlow use cases include:

These examples provide a glimpse of the wide range of applications that TensorFlow can be used for, and it is constantly being used in new and exciting ways.

TensorFlow is a powerful and flexible open-source platform for machine learning developed by Google with many open-source contributors. It uses a directed graph of nodes and edges to represent computations, where nodes represent operations or functions and edges represent input and output flows. TensorFlow is designed to be scalable and flexible, allowing it to run on a wide range of devices and in a distributed setting. The platform includes advanced features such as custom operations, custom gradients, and TensorFlow Eager Execution, which allow developers to create more complex and powerful machine learning models. TensorFlow has been used in a wide range of real-world applications, such as image classification, natural language processing, time-series analysis, generative models, reinforcement learning, and anomaly detection.