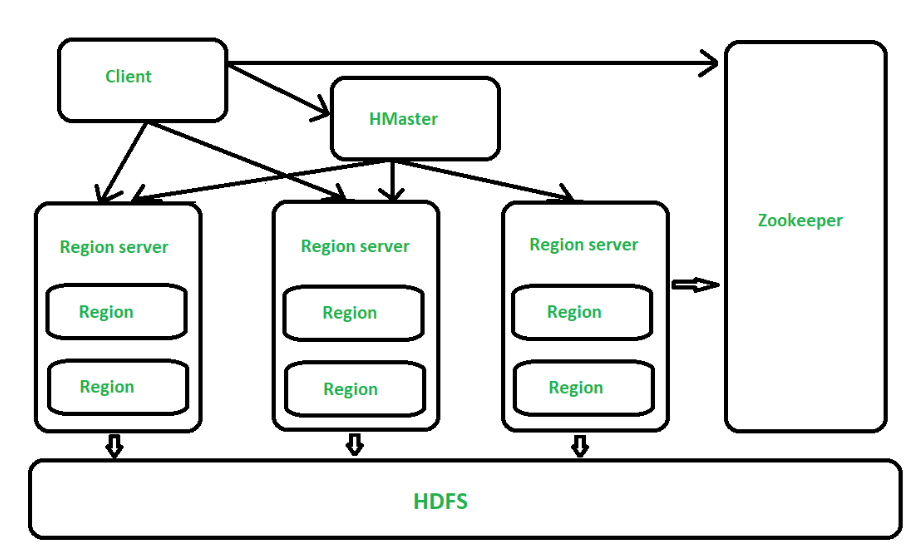 All the 3 components are described below:

Comparison between HBase and HDFS:

Note – HBase is extensively used for online analytical operations, like in banking applications such as real-time data updates in ATM machines, HBase can be used.