In the automaton below, s is the start state and t is the only final state. 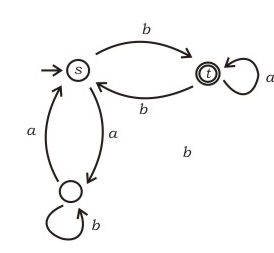 Consider the strings u = abbaba, v = bab, and w = aabb. Which of the following statements is true?

This solution is contributed by Yashika Arora.
Quiz of this Question