Scalability refers to the capacity of a software solution to manage rising workloads. In simple terms, it is the ability of a system to readily add extra processing resources to handle the increased loads.
Scaling Amazon EC2 means you start with the resources you require at the time of starting your service and build your architecture to automatically scale in or out, in response to the changing demand. As a result, you only pay for the resources you really utilize. You don’t have to be concerned about running out of computational power to satisfy your consumer’s demand.

Let’s look at an example. Let’s say you try to access a website, and it works flawlessly with no latency. Now, at peak times, the same website doesn’t load or gets timed out often. This is due to the fact that the website started receiving more requests than it could manage. 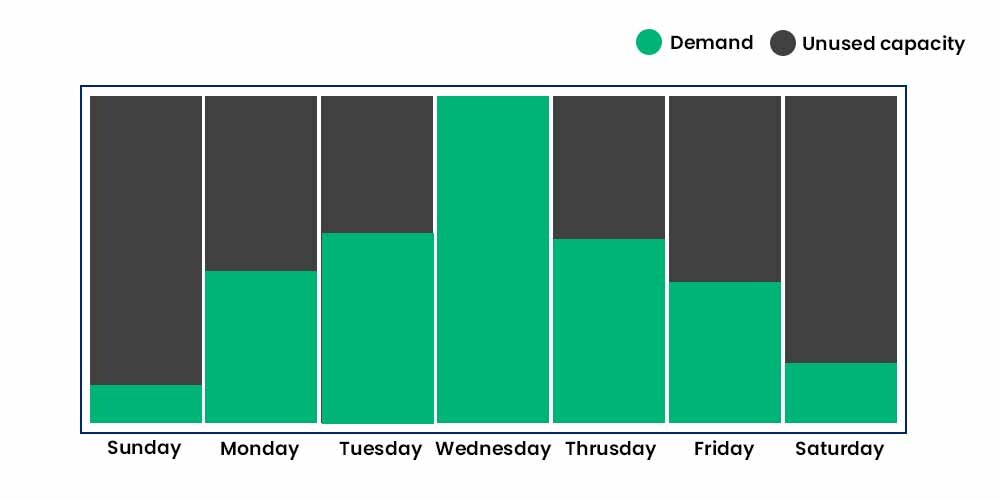 You can use three scaling techniques within Amazon EC2 Auto Scaling i.e. Dynamic Scaling, Predictive Scaling, and Scheduled Scaling. They are explained in detail below:

1. Dynamic Scaling adapts to changing environments and responds with the EC2 instances as per the demand. It helps the user to follow the demand curve for the application, which ultimately helps the maintainer/user to scale the instances ahead of time. Target tracking scaling policies, for example, may be used to choose a loaded statistic for your application, such as CPU use. Alternatively, you might use Application Load Balancer’s new “Request Count Per Target” measure, which is a load balancing option for the Elastic Load Balancing service. After that, Amazon EC2 Auto Scaling will modify the number of EC2 instances as needed to keep you on track.

3. Scheduled Scaling, as the name suggests allows you to scale your application based on the scheduled time you set. For e.g. A coffee shop owner may employ more baristas on weekends because of the increased demand and frees them on weekdays because of reduced demand.

Computing power is a programmed resource in the cloud, so you may take a more flexible approach to scale your applications. When you add Amazon EC2 Auto Scaling to an application, you may create new instances as needed and terminate them when they’re no longer in use. In this way, you only pay for the instances you use, when they’re in use.

How does EC2 Autoscaling work?

Amazon EC2 Autoscaling provides the liberty to automatically scale the instances as per the demand. Even if some problems are detected, the model replaces the unhealthy instances with ones that are fully functional. To automate fleet management for EC2 instances, Amazon EC2 Auto Scaling will perform three major functions: 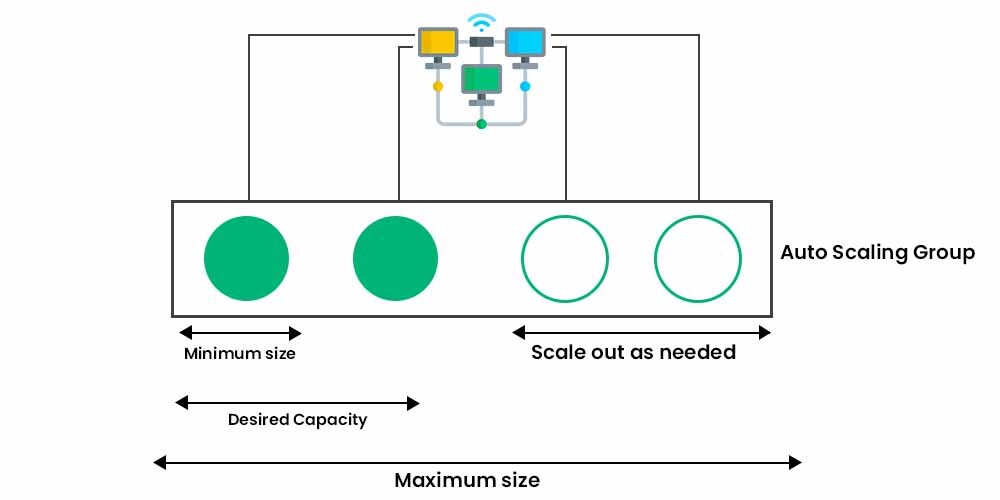