Aliases are the user-friendly names given by a user to a git command so that the user doesn’t need to memorize the whole lengthy syntax of a git command. Let us go through some key terminologies:

!: Somewhere in the ~/.gitconfig file, you will see this symbol. This is used to allow full shell syntax in git commands.

There are two ways of creating aliases in git with the ~/.gitconfig file. So as we can see that the ~/.gitconfig file is opened and we can open it using any default text editor present in our git bash for example:- by typing vi ~/.gitconfig or by vim ~/.gitconfig. So in this file under the [alias] section of the file, we can create aliases by typing the name of the alias and assigning it to the git command for example:- Here we can see that an alias ci is created and we have assigned it to the commit command in git. In a similar way we can assign an alias name to the git command here we have assigned st as an alias name to the status command in git and for adding files in git we have assigned ankit as an alias to add files in git. 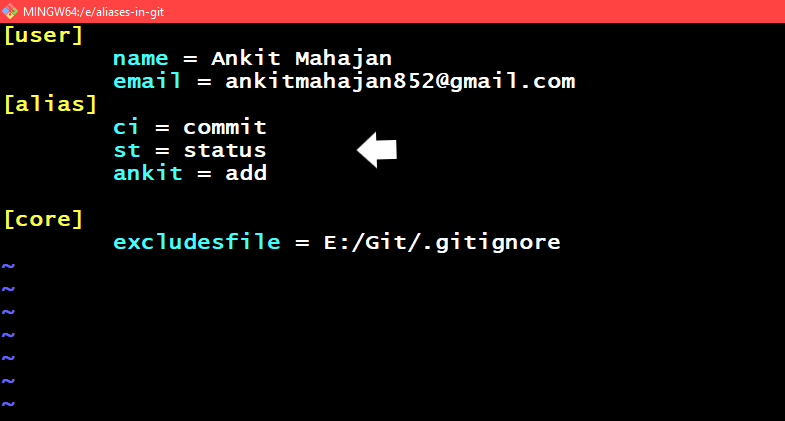 Here we are using the aliases that we have created in the ~/.gitconfig file and we can see that they are working perfectly as our git commands work. Here alias ankit which was created to add files in the repository is adding files accurately, st is also accurately showing the status of the git repository, and ci which was created to commit files is also working fine. 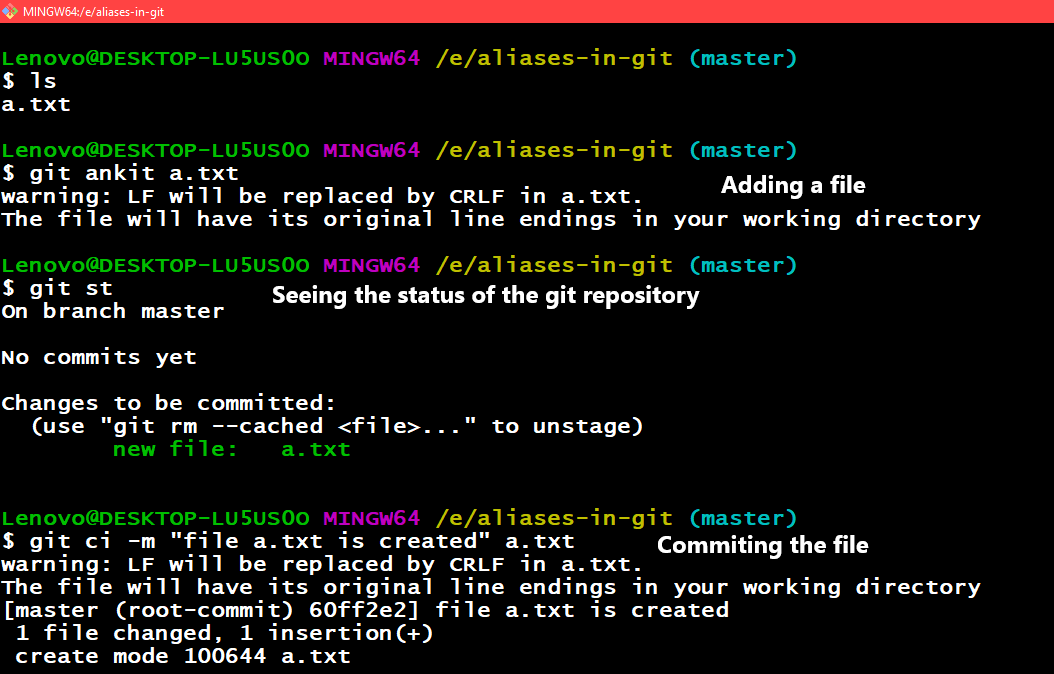 Using aliases for git commands that we defined in the ~/.gitconfig file

– with the command line

This is the second strategy to create aliases in git using the command line where we can type the below command listed, the name of the git command you can put any whose alias you want to create. Here we can see that a –global parameter is used so that we can use the alias globally which means here an alias by the name of lol is recognized globally by the git bash and whenever we type git lol it gives us the output of git log command.

using lol as an alias for git  logs

Using shinchan as an alias for the commit command

We can list existing aliases using –get-regexp which will list all the aliases that we have made using the ~/.gitconfig file and by using the command-line interface.

Using the command git config –get-regexp ‘^alias\.’ to see all the aliases

To search aliases, we need to add the following line under the alias section of the ~/.gitconfig file. This line helps us in searching for aliases that we have made.

Added the line in the ~/.gitconfig file needed to search aliases in git

To list all files that are being temporarily ignored for that we can edit the ~/.gitconfig file and in that, we can assign an alias name to the “!git ls-files -v | grep ‘^[[:lower:]]'”

Here we can see that on using the git unwatched command we can see all the ignored files present in the repository.

Assigning watch the git command to start tracking the file

Here we have used the alias watch and we can see that by using the git watch we can track the file1.txt which was being ignored earlier by the git.

Using the git watch alias for tracking the file again

Creating an alias for the reset command in git

Here we have used the git unstage to reset changes from the file1.txt and we can see that the changes have been unstaged and on doing git st which is showing the status of the git repository here is showing file1.txt in untracked files which means changes will not be tracked from now onwards if any in file1.txt.

Using alias unstage as the command 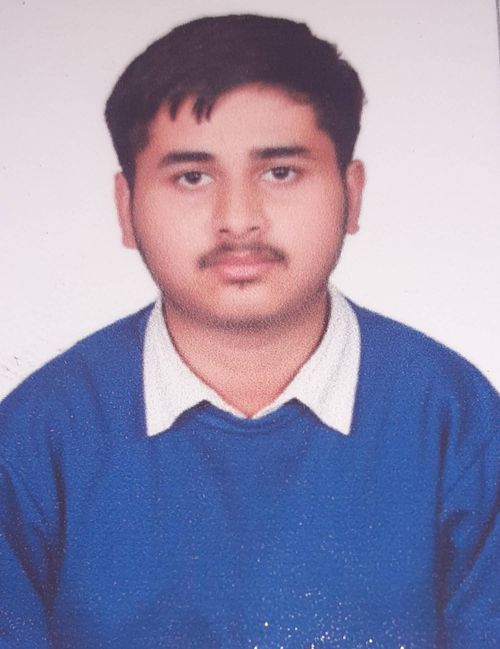