Consider the directed graph shown in the figure below. There are multiple shortest paths between vertices S and T. Which one will be reported by Dijkstra’s shortest path algorithm? Assume that, in any iteration, the shortest path to a vertex v is updated only when a strictly shorter path to v is discovered. 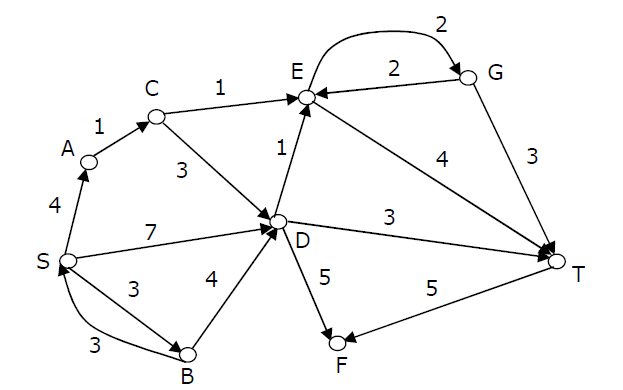 When the algorithm reaches vertex ‘C’, the distance values of ‘D’ and ‘E’ would be 7 and 6 respectively. So the next picked vertex would be ‘E’
Quiz of this Question