Advantages and Disadvantages of Java Sockets

How communication is done?

To communicate both devices need to have sockets at their end. Since we’re doing java programming these sockets are called java objects or socket objects. So to establish a connection and to send and receive messages and data both ends need to have a socket at the sender’s end and at the receiver’s end. Below is the illustration of the network 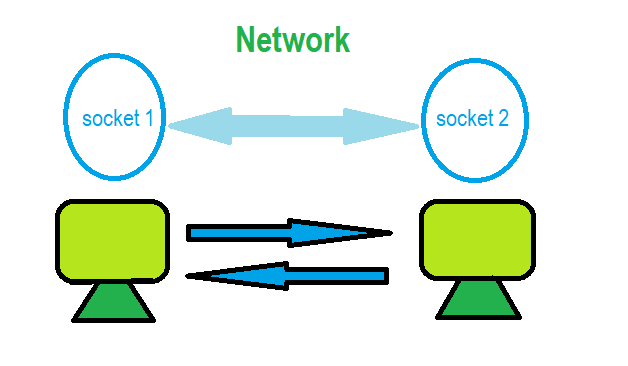 How sockets are used to send and receive data?

We are going to use input and output streams

Let’s say we want to send data from socket 1 to socket 2 in that case we have to use socket 1 output stream and to read data from B to A. we’ll use the socket as an input stream. Now Let’s discuss the Advantages and Disadvantages of java sockets.

Advantages and Disadvantages of Java Sockets