In this article, we will discuss how to add a line for average per group in a scatter plot in the R Programming Language.

In the R Language, we can do so by creating a mean vector by using the group_by() and summarise() function. Then we can use that mean vector along with the geom_hline() function of the ggplot2 package to create a line by the mean point colored by the group.

To create a mean vector from the data frame,

This expression creates a vector with two columns i.e. <categorical-variable> and the mean that stores mean by category. Now, we will use this mean vector with the geom_hline() function to add a horizontal line at the mean/average of data colored by categorical variable.

Here in this example, we have created a scatter plot colored by a categorical variable. Then we have added a line colored by the same variable that goes through the mean of that category of data. 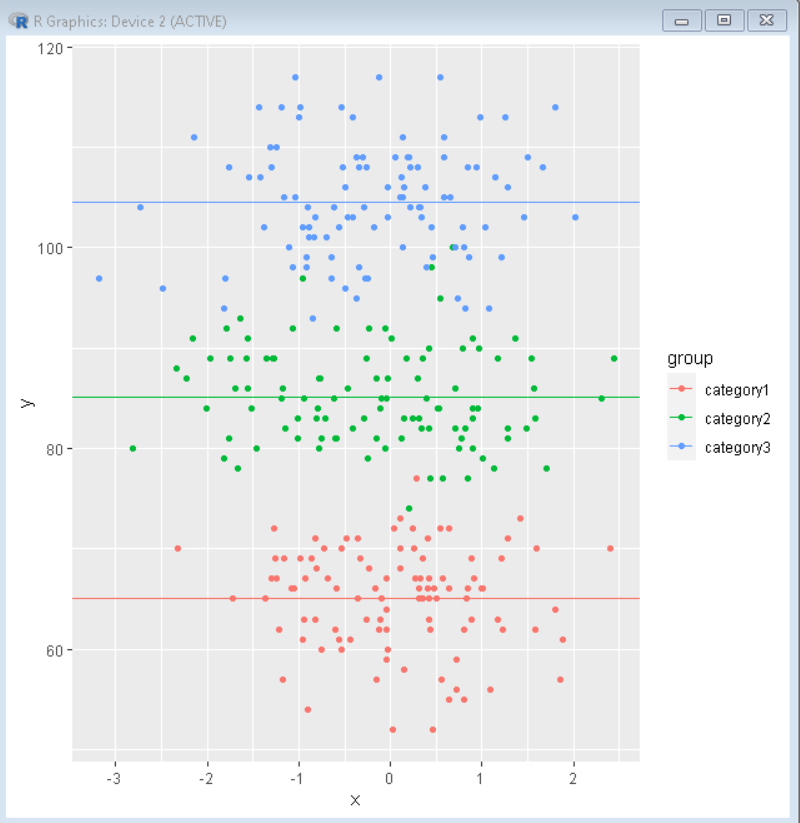 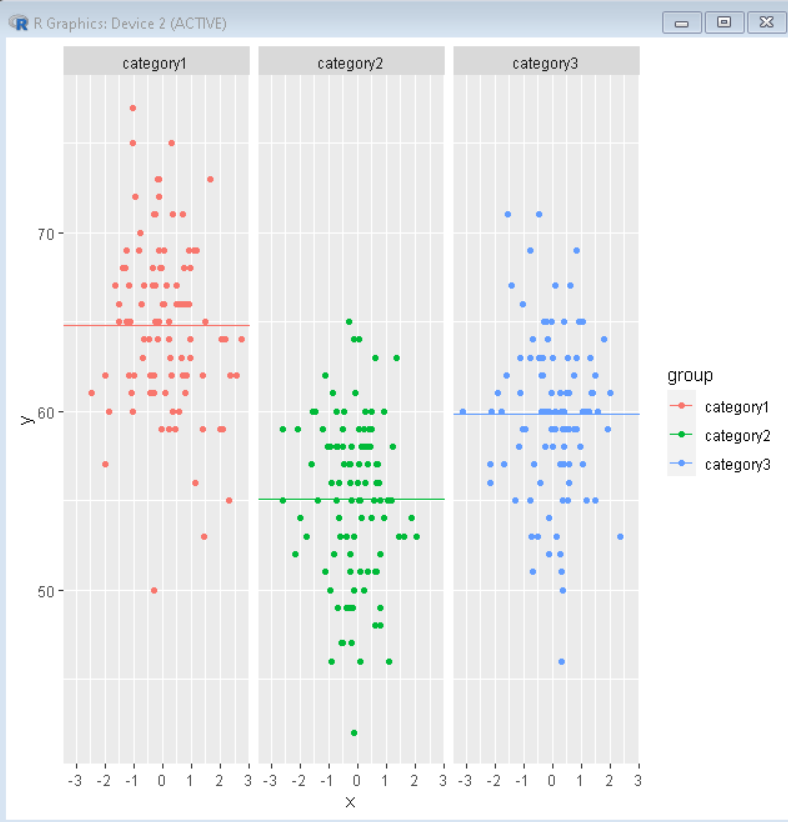