Accounting Treatment of Amount Due to Deceased Partner

After making all the adjustments related to the partners, the balance due to the deceased partner is transferred to his/her executor’s account. This amount is paid to the executor in either of the following ways:

1. Lump-sum in a single instalment:

Under this method of payment, the full amount due to the deceased partner is paid at once to his/her executor.

Under this method, the amount due is paid to the executor in more than one instalment, and so, an executor is eligible to receive an interest of 6%p.a. The executor at his option can also demand a share in the profit of the firm instead of the interest on such a due amount. The share of profit is determined by dividing the profit in the ratio of a deceased partner’s capital to the total capital employed.

1. As a Lump-sum in a single instalment:

1. Lump-sum in a single instalment:

Anjali in an accident died on 31st December 2021, and the deed provided:

Calculate the amount due to the Executor of the deceased partner, Prepare the necessary accounts and pass the journal entries. 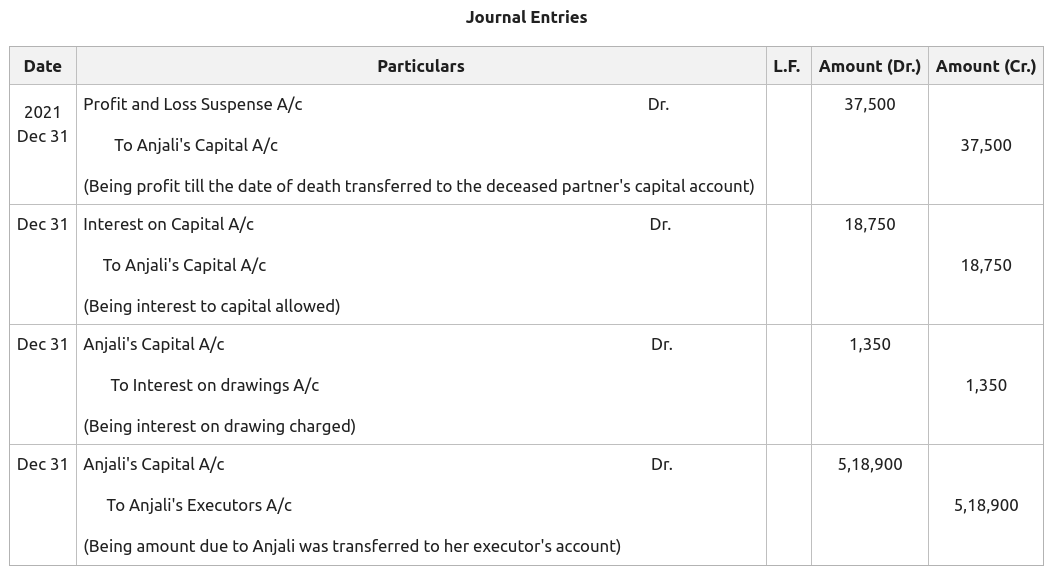 2. Interest on Capital for 9 months:

3.  Interest on Drawing for 9 months:

Prakash, Sohan, and Rohan shared profits in a ratio of 2: 2: 1. Rohan died on 31st December 2020. Their Balance Sheet on the same date appeared as: 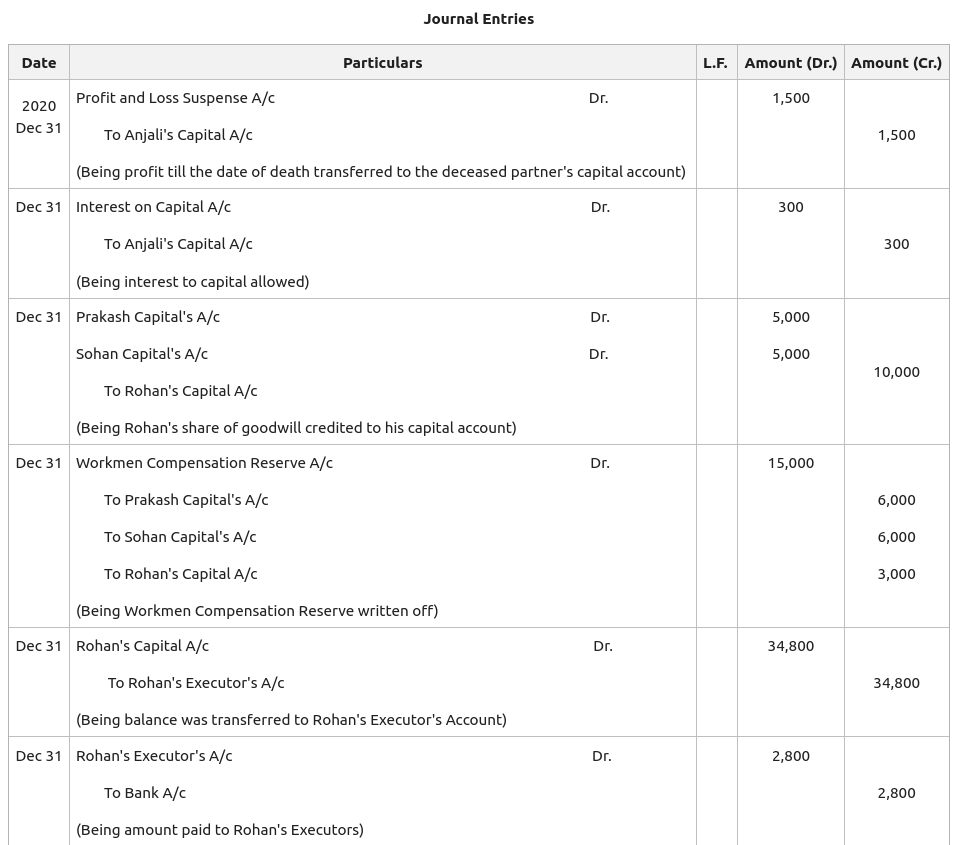 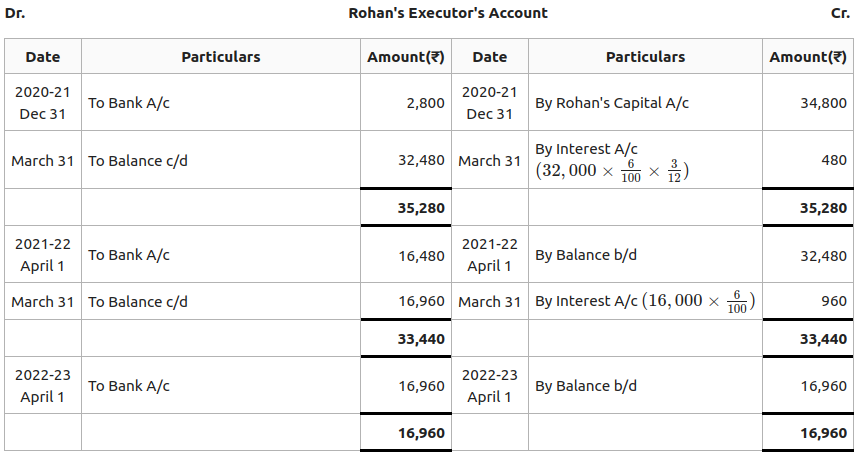