Wireless communication takes place over free space through RF (radio frequency), one device, Transmitter send signal to other device, Receiver. Two devices (transmitter and receiver) must use same frequency (or channel) to be able to communicate with each other. In this article, we will see, the basic difference between Access Point and Range Extender.

An access point or wireless access point refers to the device in computer networking using which wireless networks can be connected to a wired network. The device is most often deployed in large offices, companies, etc. 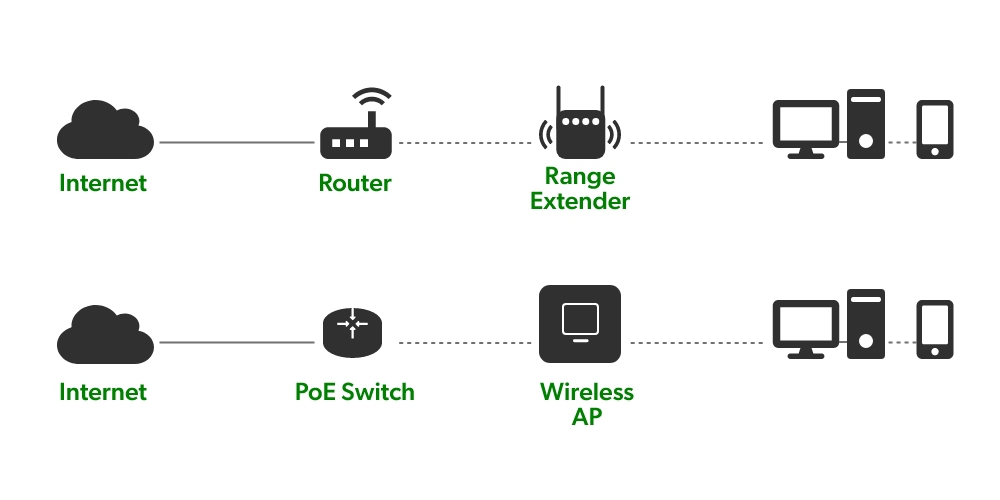 Range Extenders are used for the strengthening of wireless signals. Let us suppose you are using a wireless connection at your home place and finding that at some places signal range is quite good while at other places it is quite weak. Thus, for these scenarios range extenders can be of great assistance.

It takes up the signal from the existing Wi-Fi router and then a new network is generated to which now you can connect. The broadcasting of this second-created network is carried out on a different wireless channel.