It is a formal testing according to user needs, requirements and business processes conducted to determine whether a system satisfies the acceptance criteria or not and to enable the users, customers or other authorized entities to determine whether to accept the system or not.

Acceptance Testing is the last phase of software testing performed after System Testing and before making the system available for actual use. 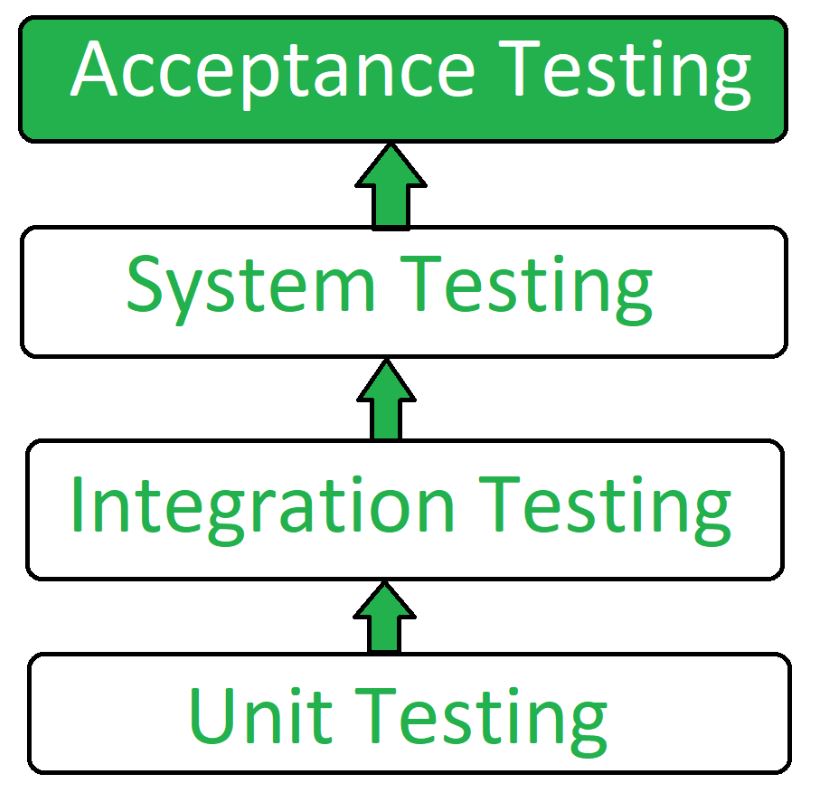 Use of Acceptance Testing: