8 Best Android Libraries That Every Android Developer Should Know

Android is an operating system which is built basically for Mobile phones. It is used for touchscreen mobile devices like smartphones and tablets. But nowadays these are utilized in Android Auto cars, TV, watches, camera, etc. Android has been one of the best-selling OS for smartphones. Android OS was developed by Android Inc. which Google bought in 2005. Today, Android remains to dominate on a global scale. It is an operating system that has a huge market for apps. 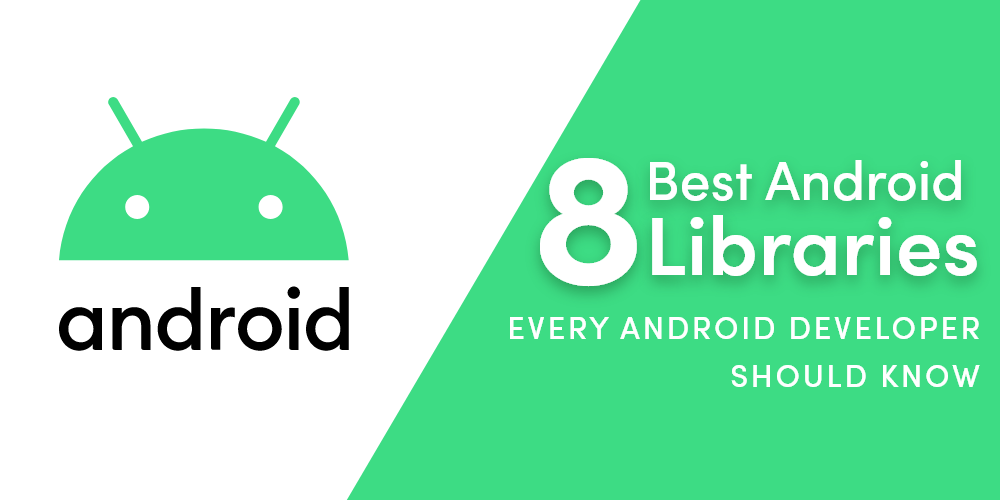 Developing an Android application without Android libraries’ magic is always a wearying job. Libraries help to lessen the time, effort, and money required for the creation of an Android app. Here are some of the best libraries that every developer should know.

Dagger 2 is one of the best Android libraries and it mainly relies on using Java annotation processors that include compiling time in order to calculate and identify dependencies. The main benefit of Dagger 2 over other dependency injection frameworks is that its strictly designed implementation means that it can be utilized in Android applications. But, there are still some factors to be made when using Dagger within Android applications. The basic dilemma of creating an Android application using Dagger is that several Android framework classes are instantiated by the OS itself, like Activity and Fragment, but Dagger works great if it can generate all the injected objects. Alternatively, the developers have to perform members’ injection in a lifecycle method.

Retrofit is a type-safe REST client build by square for Android and Java which intends to make it simpler to expand RESTful web services. Retrofit uses OkHttp as the systems administration layer and is based on it. Retrofit naturally serializes the JSON reaction utilizing a POJO (PlainOldJavaObject) which must be characterized in cutting edge for the JSON Structure. To serialize JSON we require a converter to change over it into Gson first. Retrofit is much simpler than other libraries we don’t have to parse our JSON it directly returns objects but there is one disadvantage also it doesn’t provide support to load images from the server but we can use Picasso for the same.

Picasso is an open-source and one of the widely used image downloaders libraries in Android. It is created and maintained by Square. It is one of the powerful image downloads and caching library in Android. Picasso simplifies the process of loading images from external URLs and displays on the application. For example, downloading an image from the server is one of the most common tasks in any application. And it needs quite a larger amount of code to achieve this via android networking APIs. By using Picasso, one can achieve this with a few lines of code.

Glide is similar to Picasso and can load and display images from many sources, while also taking care of caching and keeping a low memory impact when doing image manipulations. Official Google apps are also using Glide. Glide is an Image Loader Library in Android developed by bumptech and is a library that is backed by Google. It has been utilized in many Google open source projects including Google I/O 2014 official application. It renders animated GIF support and handles image loading/caching.

ZXing stands for “zebra crossing”. It is a barcode image processing library implemented in Java, with ports to other languages. It has support for the 1D product, 1D industrial, and 2D barcodes. Google uses ZXing by web search to obtain millions of barcodes on the web indexable. It also creates the foundation of Android’s Barcode Scanner app and is combined into Google Product and Book Search.

CAMView is an android camera easy access library and installed QR scanner, based on ZXing. It is an android library with simple yet compelling components for using the device camera in the apps. The library comprises a set of components (views), ready to be set to the layout files in order to provide developer instant access to the following features:

CAMView takes and hides all the messy jobs and mangles for handling the low-level methods, like camera initialization, configuration, streaming, orientation changes, device and cameras compatibility, threading, etc. Just set the proper view component to the layout and the app is camera-ready.

Stetho is a sophisticated debug bridge for Android applications. When enabled, developers have a path to the Chrome Developer Tools feature natively part of the Chrome desktop browser. Developers can also prefer to allow the optional dumpapp tool which allows a powerful command-line interface to application internals. Without limiting its functionality to just network inspection, JavaScript console, database inspection, etc.

ButterKnife is one of the best android libraries that bind android views and callbacks to fields and methods. But unfortunately, this tool is now deprecated. Developers are switching to View Binding. View binding is a feature that enables you to more efficiently write code that interacts with views. Once view binding is allowed in a module, it forms a binding class for each XML layout file available in that module. An example of a binding class contains direct references to all views that have an ID in the corresponding layout. In most cases, view binding replaces findViewById.