Android is an operating system which is built basically for Mobile phones. It is based on the Linux Kernel and other open-source software and is developed by Google. It is used for touchscreen mobile devices like smartphones and tablets. But nowadays these are utilized in Android Auto cars, TV, watches, camera, etc. Android has been one of the best-selling OS for smartphones. Android OS was developed by Android Inc. which Google bought in 2005. Various applications like games, music player, camera, etc. are built for these smartphones for running on Android. Google Play store features quite 3.3 million apps. 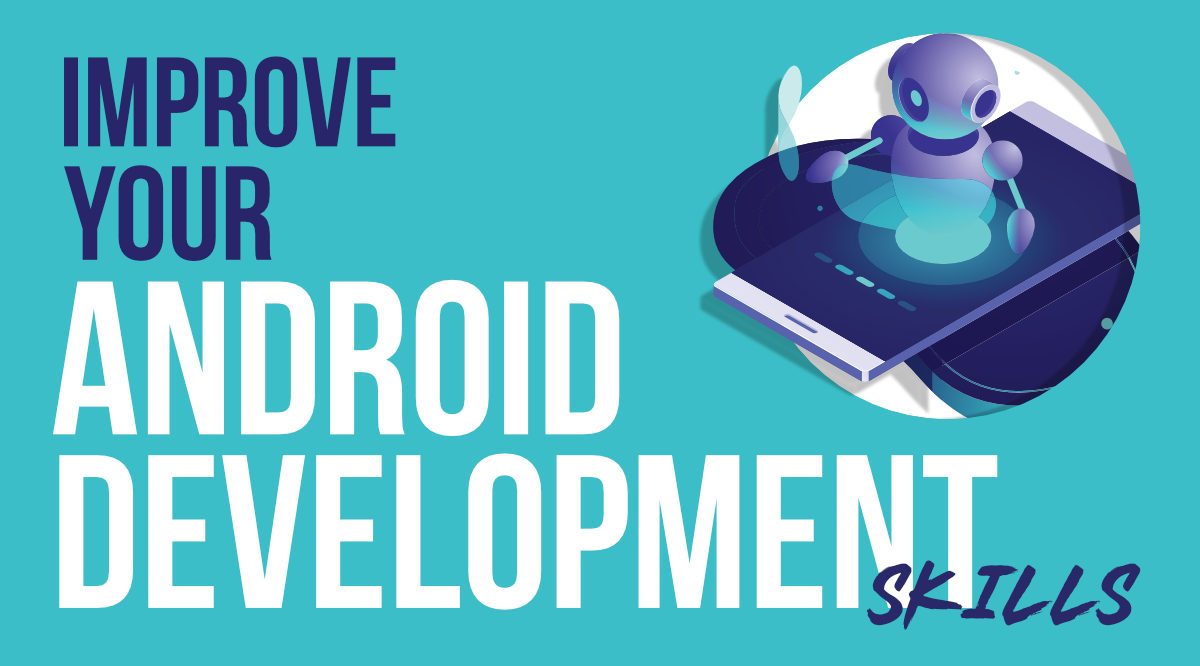 Today, Android remains to dominate on a global scale. Approximately 75% of the world population prefers using Android as against the 15% of iOS. It is an operating system that has a huge market for apps. In the article 8 Must-Have Skills for Becoming an Android App Developer, we have discussed the necessary skills to become an Android App developer but its a good habit to improve your skills at regular intervals. So in this article let’s discuss “Tips to improve your Android Development Skills“.

You have to follow the ongoing trend. But remember, millions of people are following the same trend too. So you, definitely need to think out of the box about the same that how can you make it attractive. You need to learn to increase the engagement with your app user. To know the current trend explore apps that have already been featured on the play store. Do some research on the Play Store, pick some apps with labels like Editors’ Pick and Top Developer, and install them on your Android phone. Then, analyze the apps, giving attention to what characteristics they have in common. In particular, check thoroughly the apps’ design, functionality, and everything that makes them stand out from similar apps in the category.

2. Get Over the FOMO (Fear of Missing Out)

Android is a very huge domain. One can’t learn it completely end to end in a month. As a beginner, it’s quite common to be worried that you’re missing out on learning essential information by trying to build things while still in a state of great confusion but try to get over it. Just start with basics fundamentals Android concepts and slowly build your command on it.

3. Give Priority to Security

In the era of internet security plays the most important role. Whether it may be a website or an Android app if there is no security guarantee then there is no use of that. So while building an app development, make sure that the user’s data is safe and secure if they are using your app. Beware of the hackers in the market and find a solution to what problems they can create.

Most Android developers don’t spend the time to read what other developers are writing. And they pay most of their time writing what they already know. But this is not going to help you to become a perfect Android developer. The only way to become a more expert developer is to read the excellent code of more skilled developers. The more you read, the more you learn. If you are developing something it is possible that you code everything on your own. But, if you start reading other’s codes, it helps in raising your vision and might also result in giving some new ideas.

If you have developed a library, plugin, or other helpful pieces of code and you’re utilizing it in your app, consider open-sourcing it. There’s enough to discover in the process of contributing to open-source projects. Even the least bit of contribution like fixing some grammatical errors in the docs will be beneficial for the project maintainer to keep the project running. And this will surely help you to improve your Android Development skill.

6. Do Test Your Creation

Before, releasing your product, you must test whether it works on the smartphone efficiently and effectively and observe if it is going to impress the users. Most importantly accommodate low-end devices and smaller screens that mean in the emerging markets, many devices tend to have small screens, so make sure you optimize your UI by testing on multiple screen sizes. You should also adapt your app to low-end devices, which may have low memory, low processing power, and low resolution. Also, consider backward compatibility to jelly bean, and where practical, back to ice cream sandwich.

You must observe the feedback that the users make and keep in mind the good and bad in your application. One of the most important things about an app is to maintain the app regularly. Keep your app up-to-date. Track the problems users are facing with your app and provide them solutions regarding the issues through regular updates. So that the next time you can deliver the best to your users.