While these two types of programming are certainly distinct from one another, they both have their respective set of tools and technologies. For instance, the tools that come to our minds first when we talk about frontend development are HTML, CSS, and Javascript, but there are hundreds of languages to choose from when it comes to backend development.

Here’s a list of backend programming languages to help you choose from for web development.

One of the very first names that come to our minds while talking about web development is JavaScript. In terms of popularity, JavaScript beats many programming languages in Web Development. JavaScript was originally used only to develop web browsers, but now it is used for server-side website deployments and non-web browser applications as well. For its rich interfaces, light-weight scripting, dynamic typing, virtual availability of enormous resources, and interoperability, JavaScript is preferred for both i.e., frontend as well as backend development. It also provides huge community support and hence is considered one of the top programming languages in the industry.

Python is one of the most famous languages among developers for its compatibility with advanced technologies like Machine Learning, Deep Learning, IoT, data science, etc, and meanwhile, it is widely used for web development too. Because of its readability, versatility, functionality, and compatibility, leading tech giants like Google, etc. rely on Python. Due to its huge collection of standard libraries and intuitive syntax, it helps in making the overall coding process simple, thereby, making the developers’ work more efficient and easier.

PHP or PHP Hypertext Preprocessor is one of the best languages for web development. PHP is a dynamic and general-purpose open-source scripting language that was created in 1994. It is used in the development of server-side applications and can be embedded within HTML. PHP doesn’t require a compiler and can run on almost every major operating system like Windows, Linux, macOS, etc. It is very popular among web developers because of its easy-to-learn nature, cross-platform compatibility, OOPs features, and its ability to interact with database systems including Oracle and MySQL.

It is a go-to language for web developers as this language is used to build more than 80% of websites on the Internet. Social media applications Facebook and Yahoo are developed using PHP.

Ruby is another popular backend web development language that is recommended for beginners to learn. Combined with the Ruby on Rails framework, the language is very flexible and is extensively used for backend web development processes. It supports procedural, functional, and object-oriented programming and also facilitates a variety of coding tools to accelerate the web development process. One of the main advantages of using Ruby is its time efficiency and human-friendly syntax. Ruby also favors all major platforms like Windows, Mac, and Linux.

C# or also pronounced C-Sharp is a Microsoft-developed OOP language created on the foundations of a widely-used programming language, C. It is one of the most widely used languages and is also very similar to Java. It was originally designed as a part of the .NET framework to develop Windows applications but now it is used for backend Web Development, creating games via Unity, developing mobile applications, and much more. It is quite efficient to use since it can run codes faster and can be used across Android, iOS, and Linux platforms. It is considered one of the best programming languages for Web Development.

Kotlin is a well-known programming language that was initially used for android development. But, since it is a full-stack solution, it is used for web development, desktop application, and server-side application development as well. Kotlin was initially built to be better than Java. It runs on JVM and therefore, it helps you build web applications using Java frameworks such as Sprint, Hadoop, etc. It is quite efficient for writing complex programs and hence, many google applications are based on Kotlin as well.

Go, also known as Golang, was created by Google in 2007 based on the syntax of the C language. Go being a highly specialized language can be intimidating for new programmers but is fairly simple. It has a powerful standard library, offers a high performance, supports multithreading, and also has excellent memory safety features like garbage collection. For all these reasons Go makes an ideal choice for backend web development.

Perl, an acronym for Practical Extraction and Reporting Language, is a multipurpose programming language originally designed for text manipulation but now is widely used for system administration, network programming, web development, GUI construction, and many more. Perl is syntactically similar to C and is easy for users who know C and C++. Perl can handle encrypted web data and has good text handling features, which makes it a great programming language for web development.

Scala stands for Scalable Language and is grouped in the Java family. It combines the features of Java with some new additions which help to overcome some of the cons of Java. It is easy to learn and due to its great scalability, it is considered one of the best web application languages. 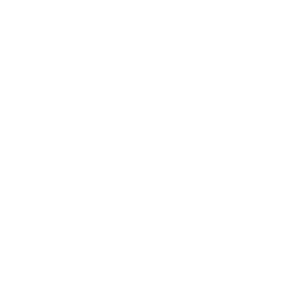